What I've Been Up To

Today is cold with freezing rain and that just about makes for a perfect Sunday. We've been see-sawing between 78° and 23° lately. Tomorrow they are forecasting snow. I feel for all of you snowed in for what must seem like forever. Around here the trees are budding out and my yard is turning green. I have been sorely tempted to get my hands in the dirt when the mercury soared into the 70's, but I know better. Around here, the second week in May is your safest bet when planting a garden. There will be lots of pretty days between now and then and I like to spend them riding shotgun with DH: 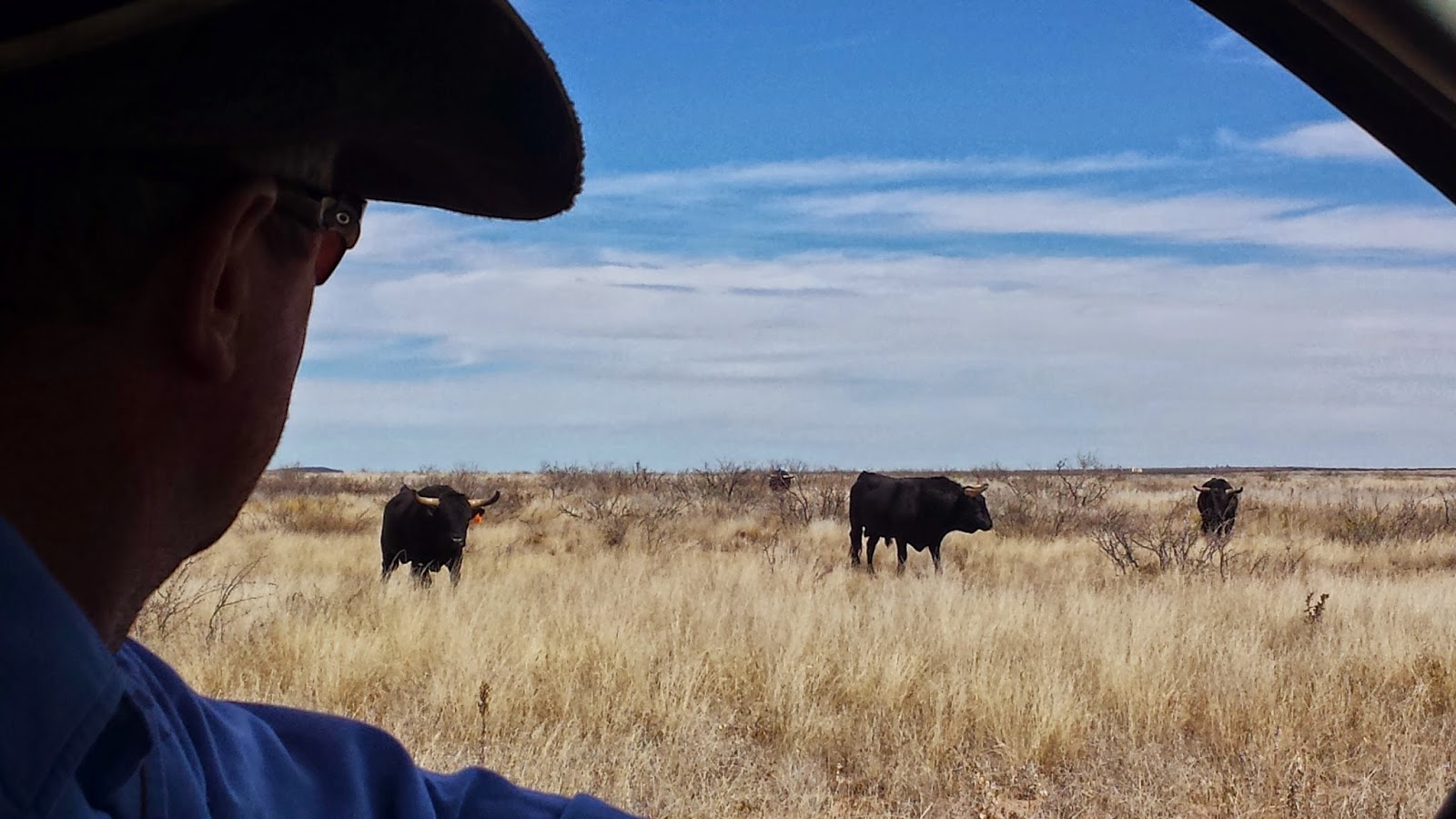 I'm not able to tag along on Monday's since I work, but this is our M-W-F routine in the winter: 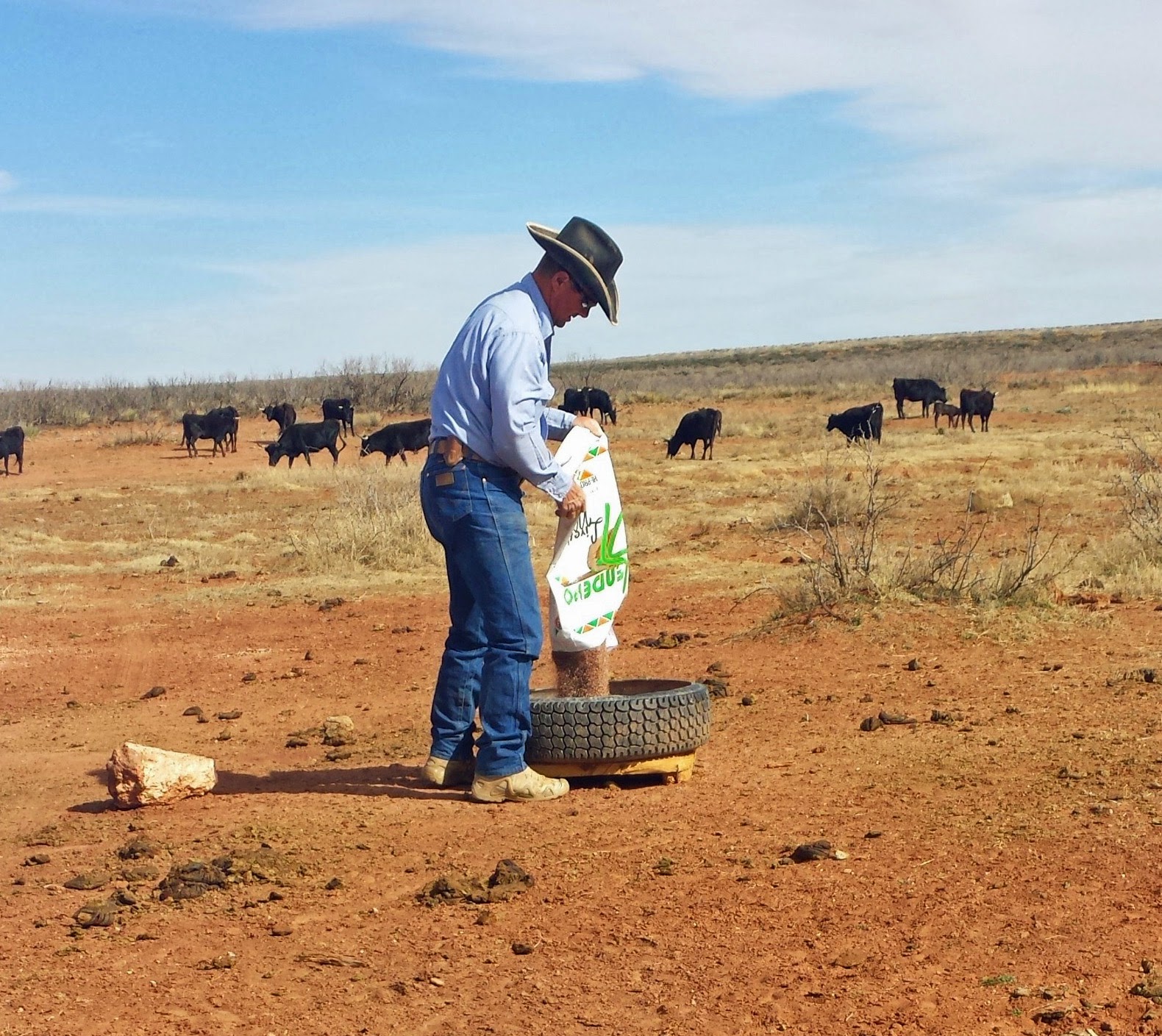 We were one short in one pasture and one long in the next pasture so DH takes the time to single out which cow is playing hooky from her herd. Its one of the reasons its imperative you get the proper count. 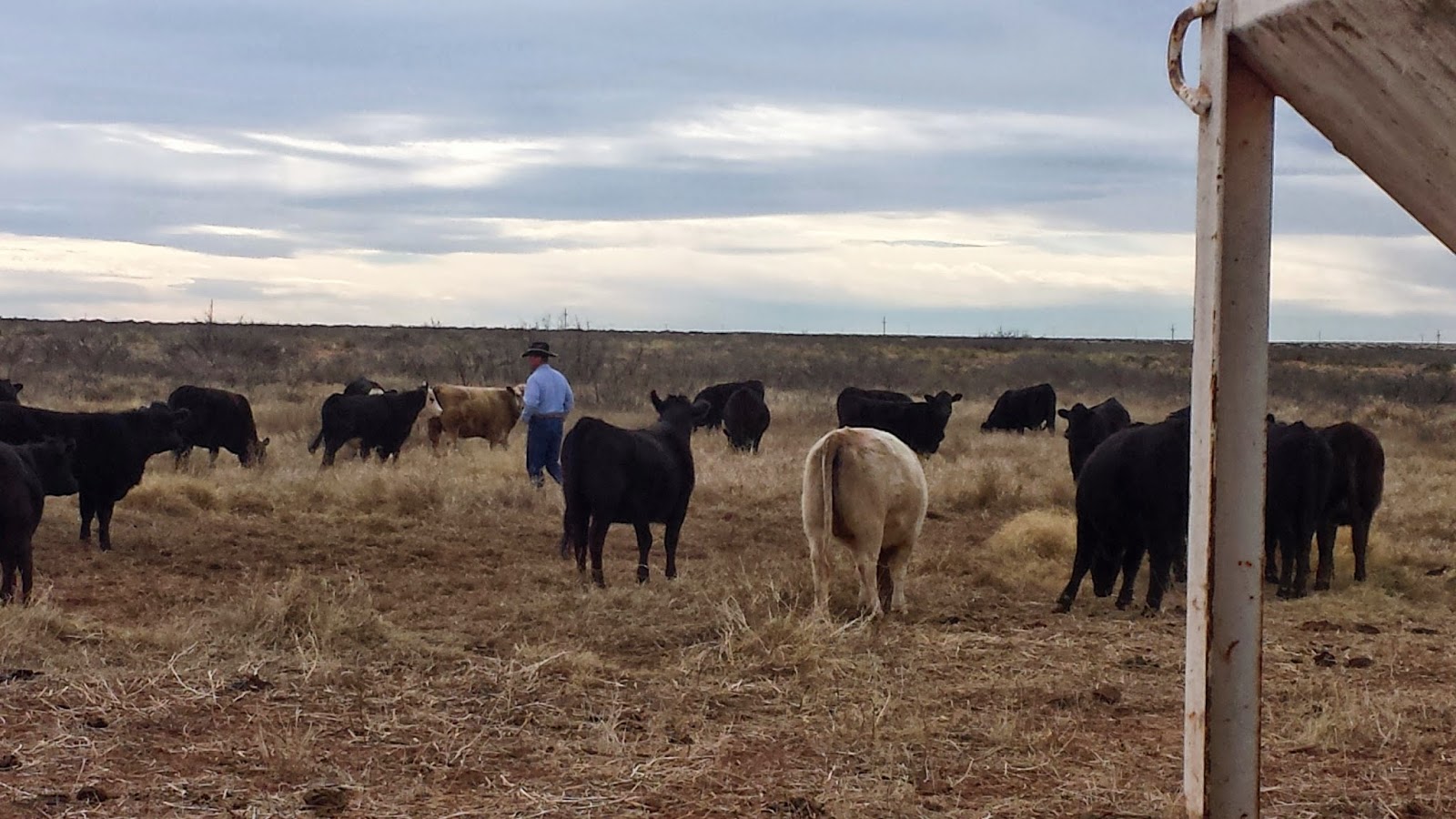 When we got back to the house, we dined on a crockpot bbq chicken I wanted to try. Not quite in the league with DH's smoked chicken, but it was pretty darn good. 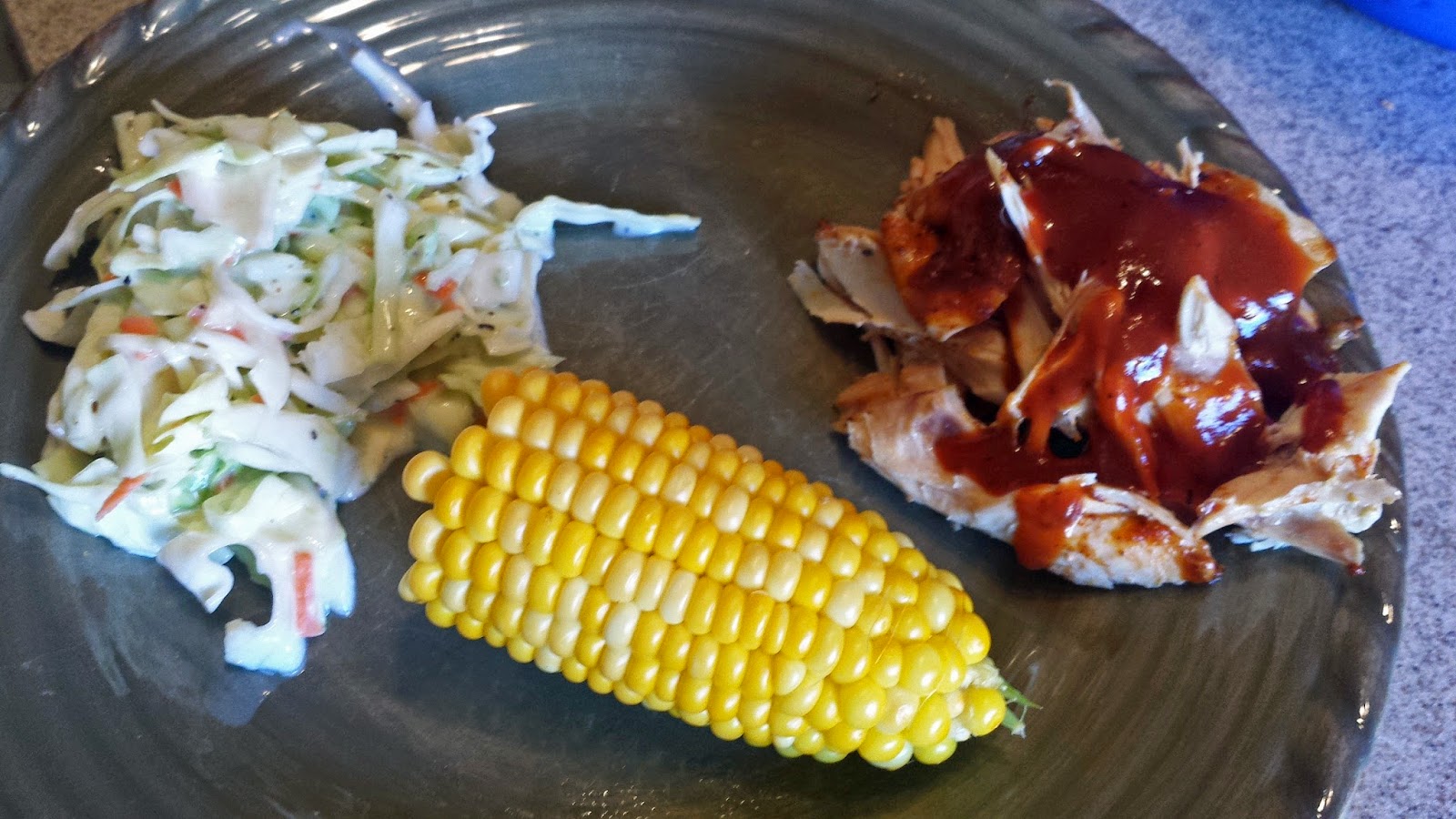 My oven is baking cookies this morning. Here's a peek into a recent conversation:
Me: Do you want me to bake you cookies today?
DH: No.

I've not been baking much lately. DH and I are trying to cut back and eat a little healthier.

I made these for the first time last November and DH declared them his 'new favorite cookie ever'. I'll post the recipe in a later post. 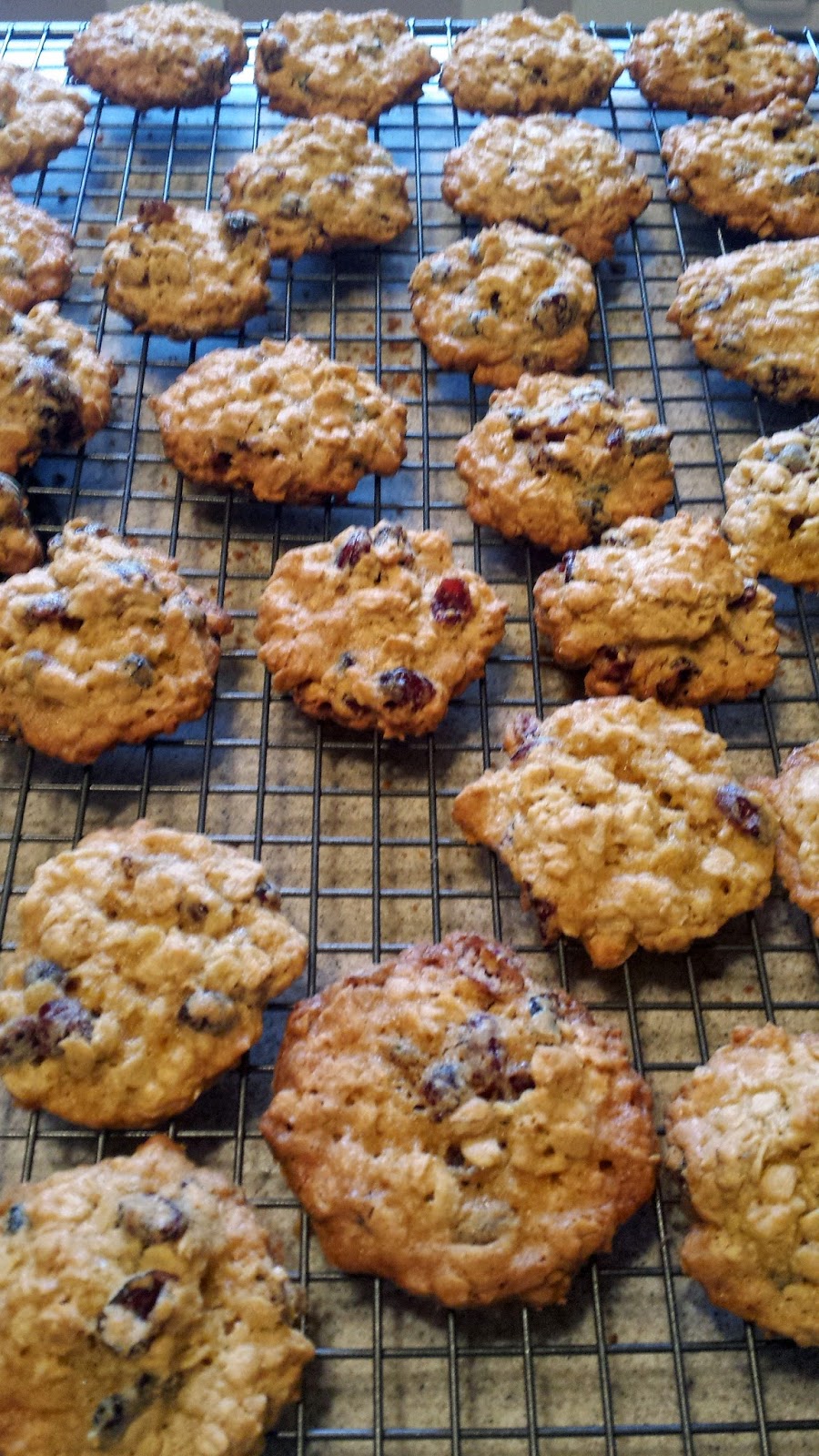 I picked up my Plus quilt from Jackie this week and after much riffling through my stash, I finally found something that will work for the binding: I tried blues and browns and nothing fit and reds are really hard to match. I had one little piece of red that works well and there was just enough of it for my 6 strips.

I finished piecing this fun quilt, pieced the backing for it and will drop it off at Jackie's tomorrow after work: 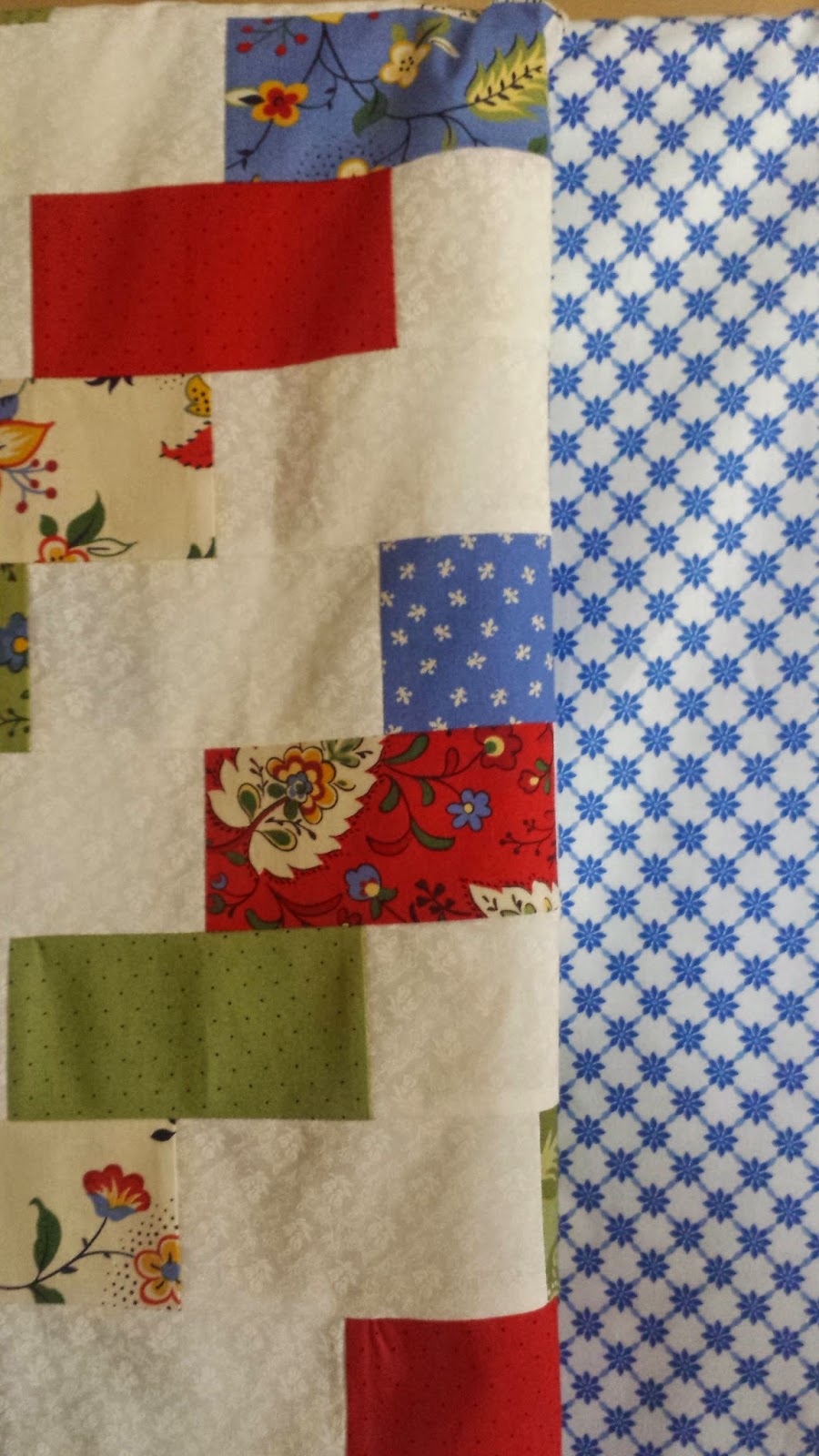 And I finally got the borders stitched on my Christmas Tree Farm quilt: 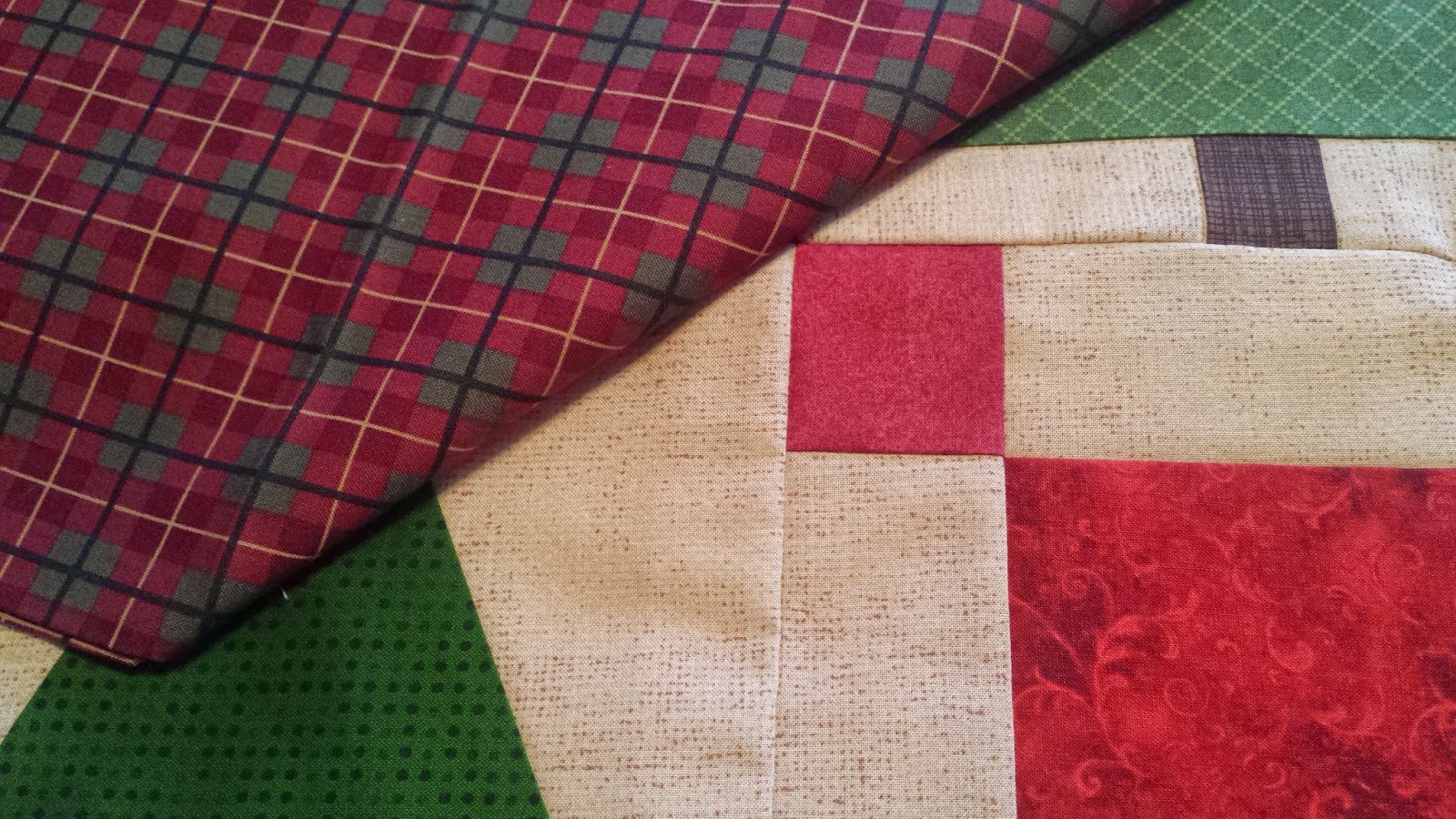 I'll be in the vicinity of a quilt store on Tuesday and I hope to find a suitable backing for it. I'm always on the look out for backings and these blocks will soon be in the market for one as well. 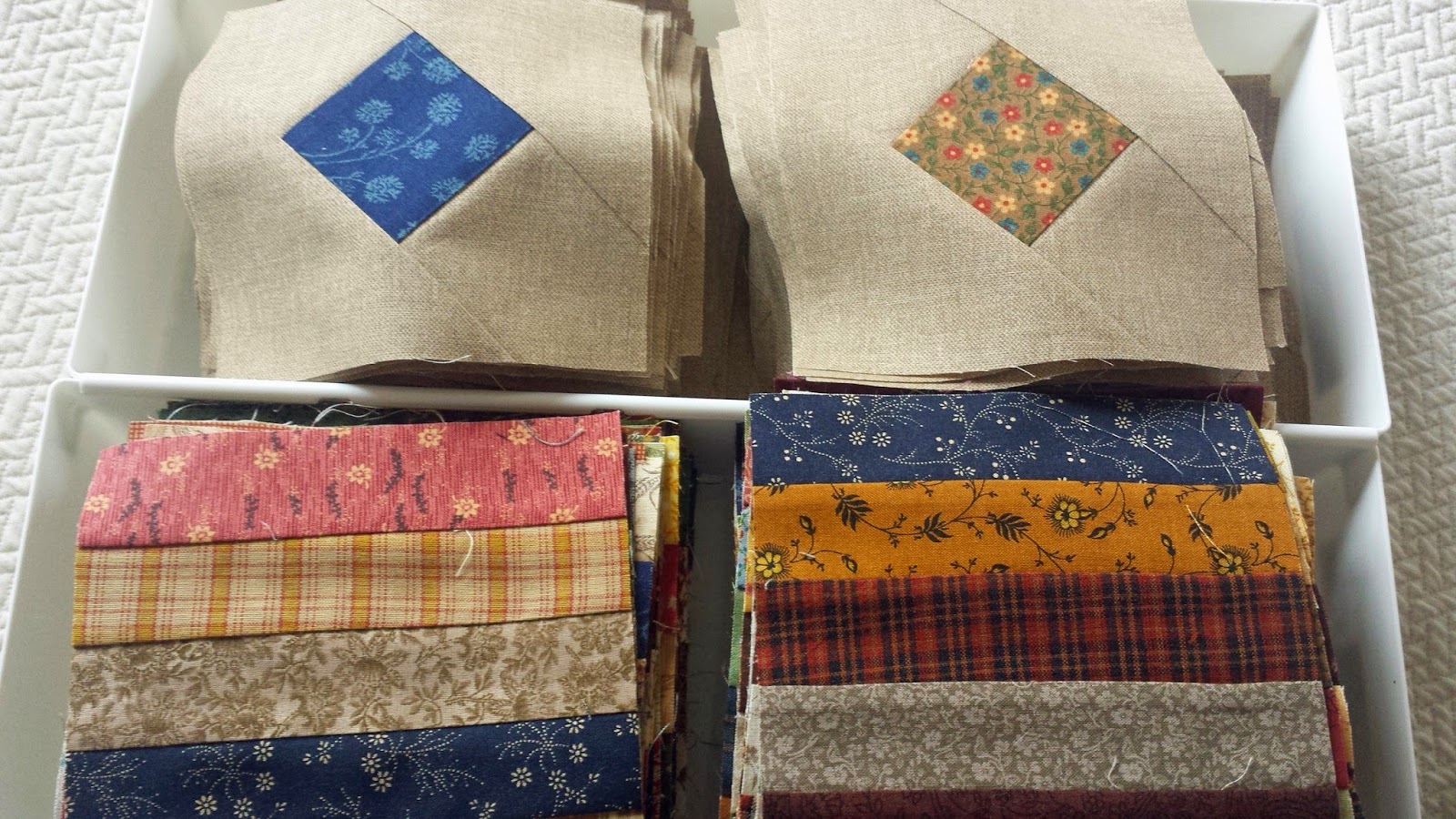 While I've Been Away

Sorry I've been missing here lately. All is well, but a combination of gorgeous weather, many an early morning 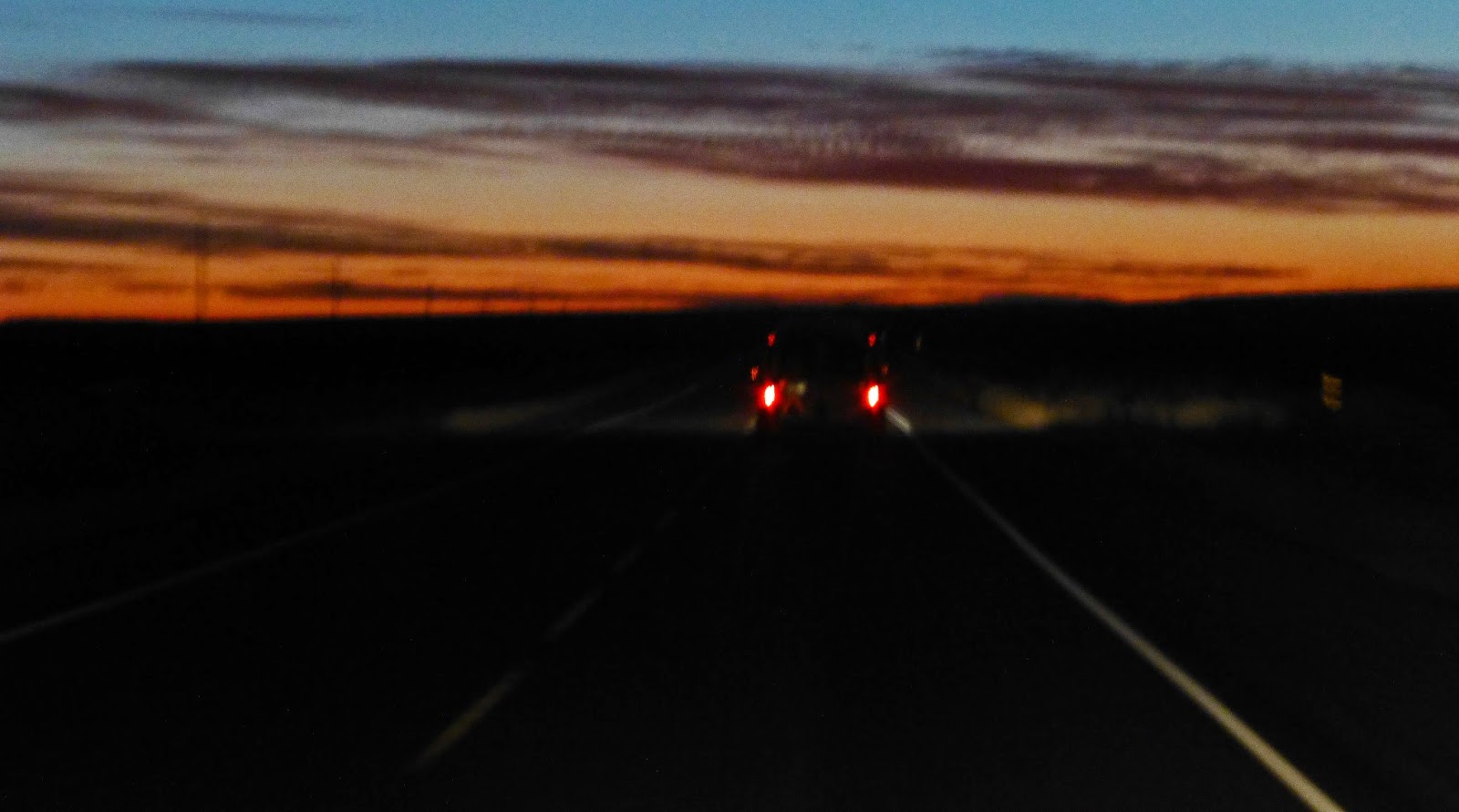 cooking for extras, a road trip or two Where we dined on an Austrian Sacher Torte...in a French cafe... in Texas. Does that make us worldly? Yeh, let's go with that. 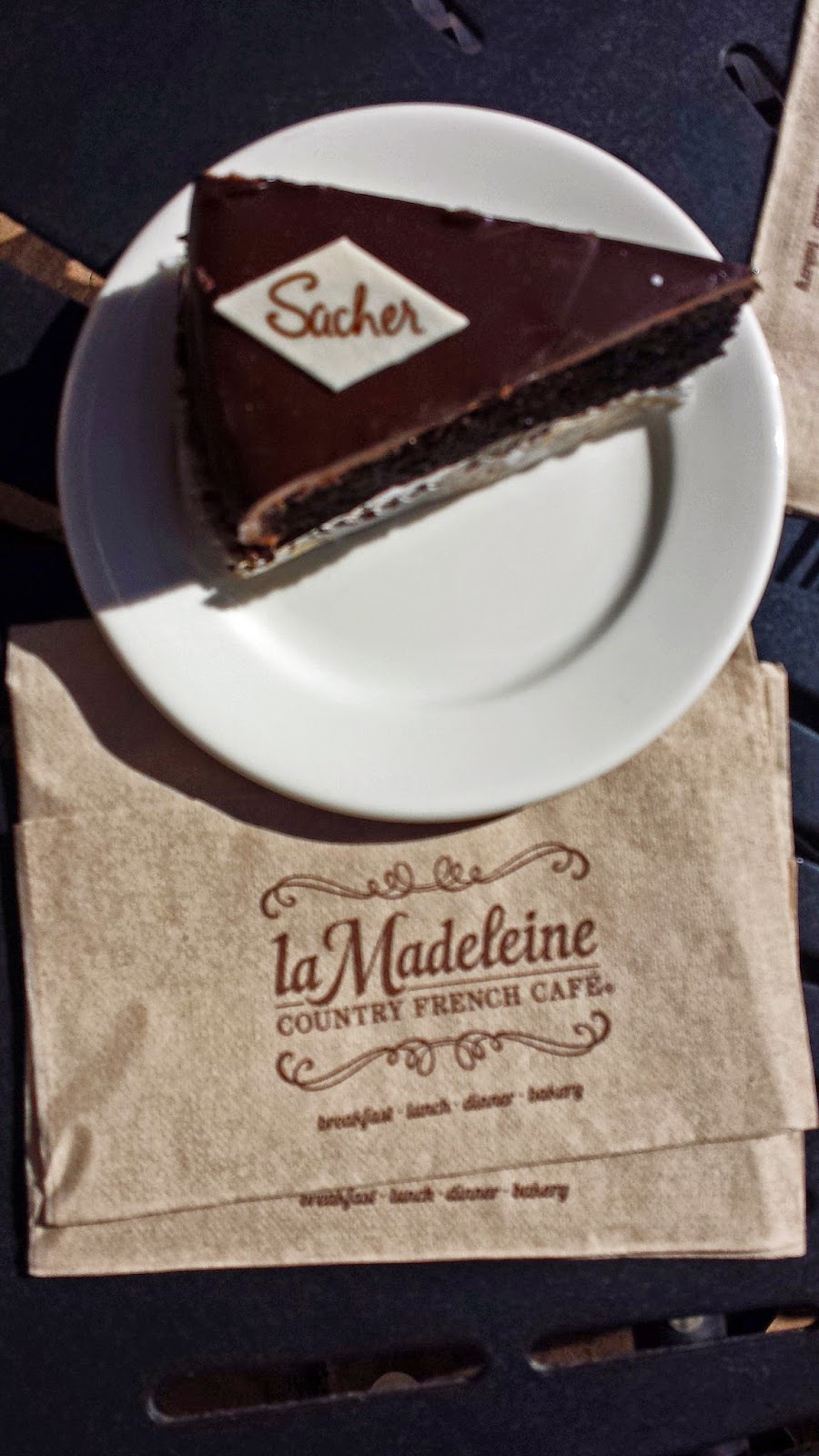 , an electronic mutiny staged by our Internet provider, a non-functioning camera, and a willful phone, has reeked havoc with my blogging ability. But I can't really grumble when everyone is healthy and mornings start like this: 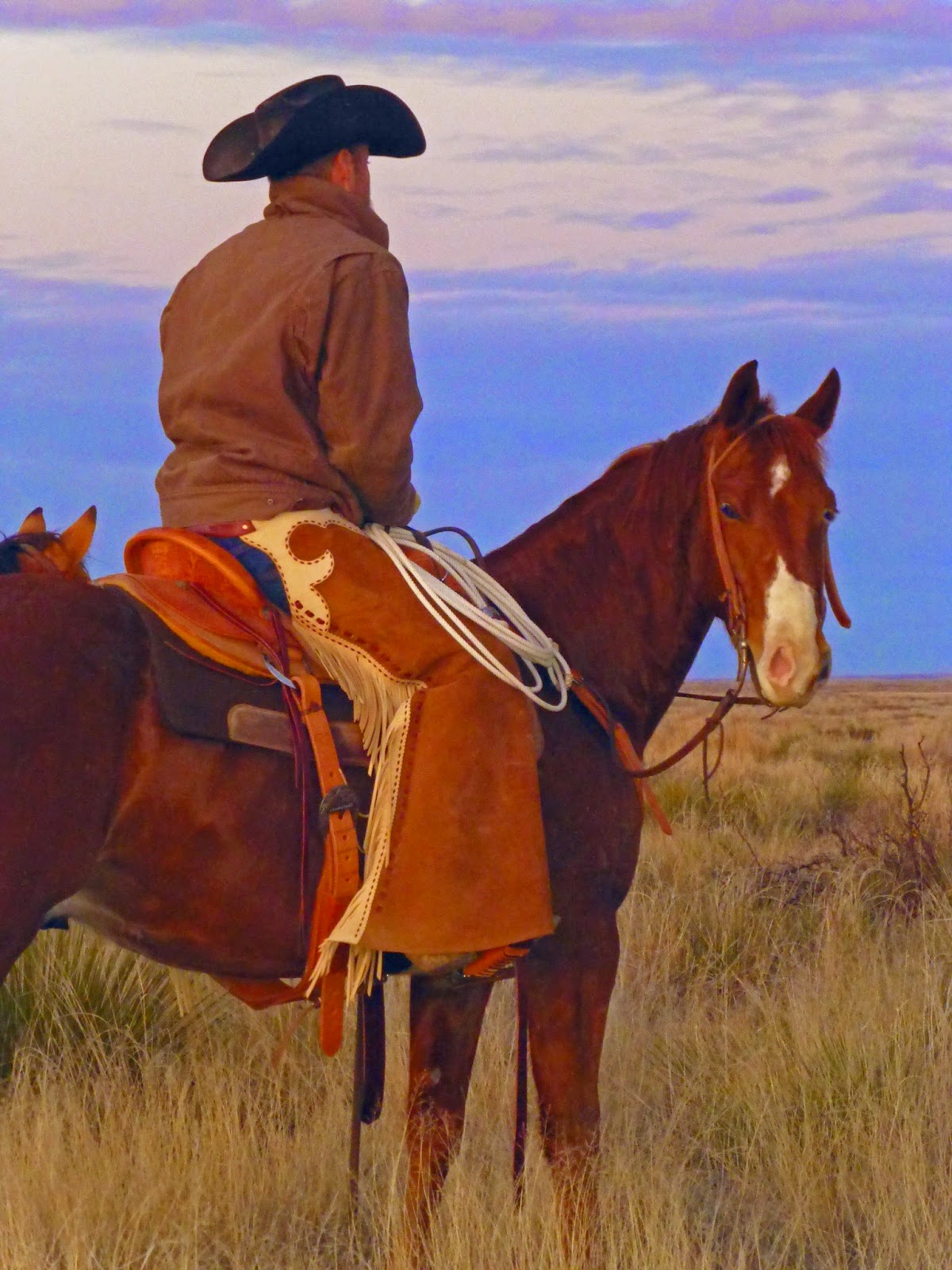 And everyone has a job to do that they love: 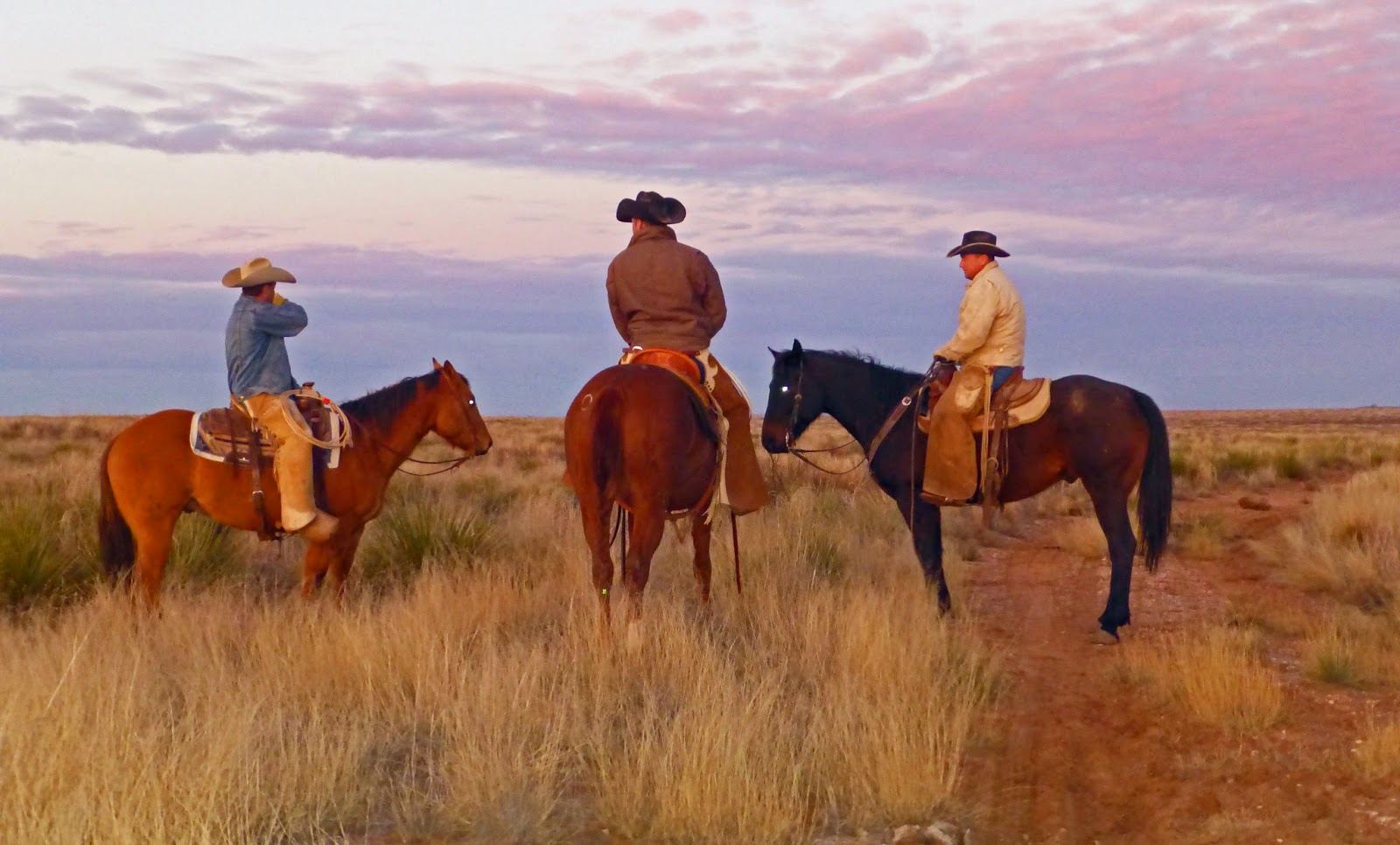 I went 6 weeks without sewing, with the exception of one 10 minute stretch and I thought is was about time I make up for some lost time.

I managed to sneak in under the wire and get some sewing in during January even if it was the last day of the month. A bit of mindless sewing was in order: 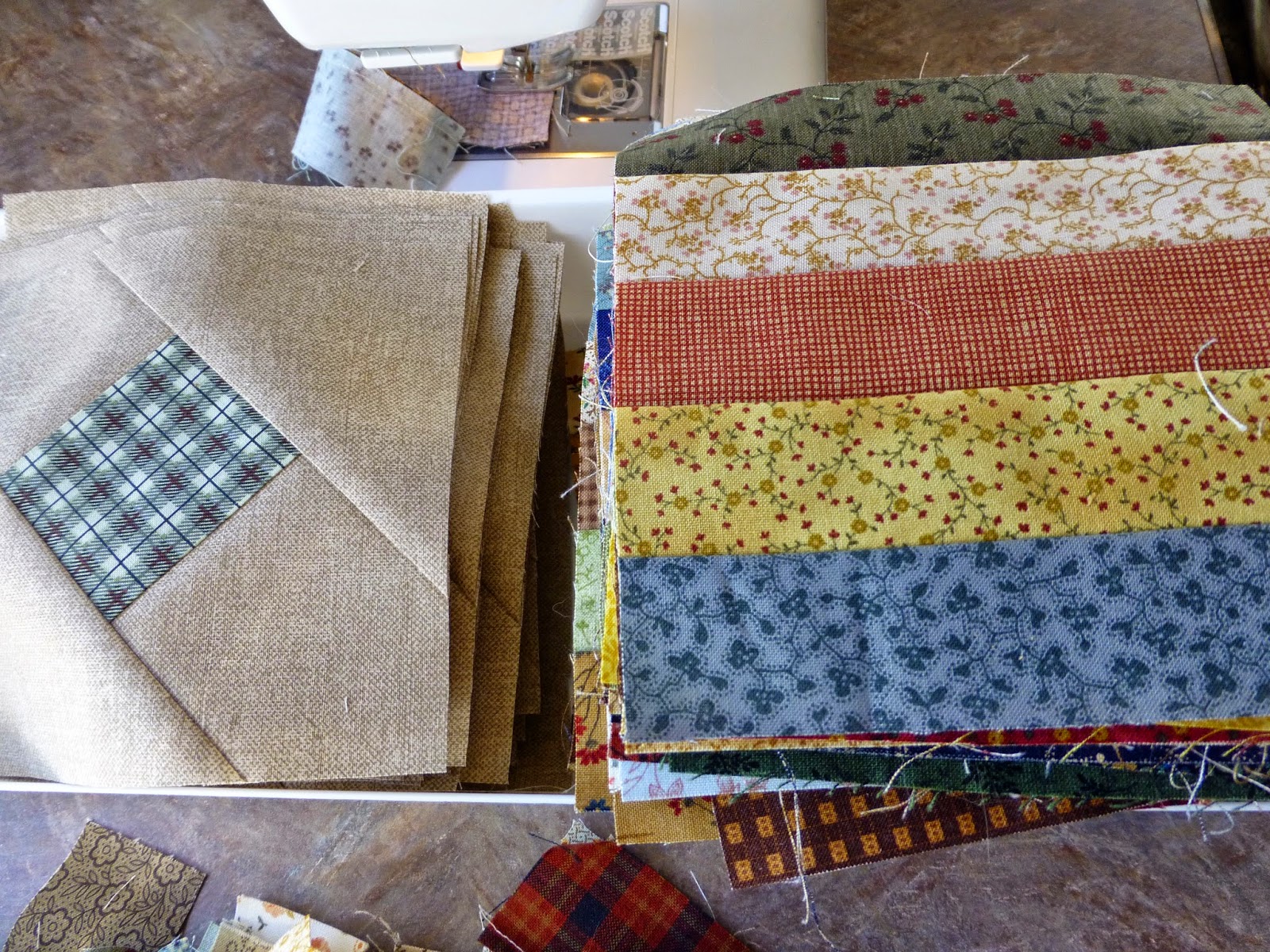 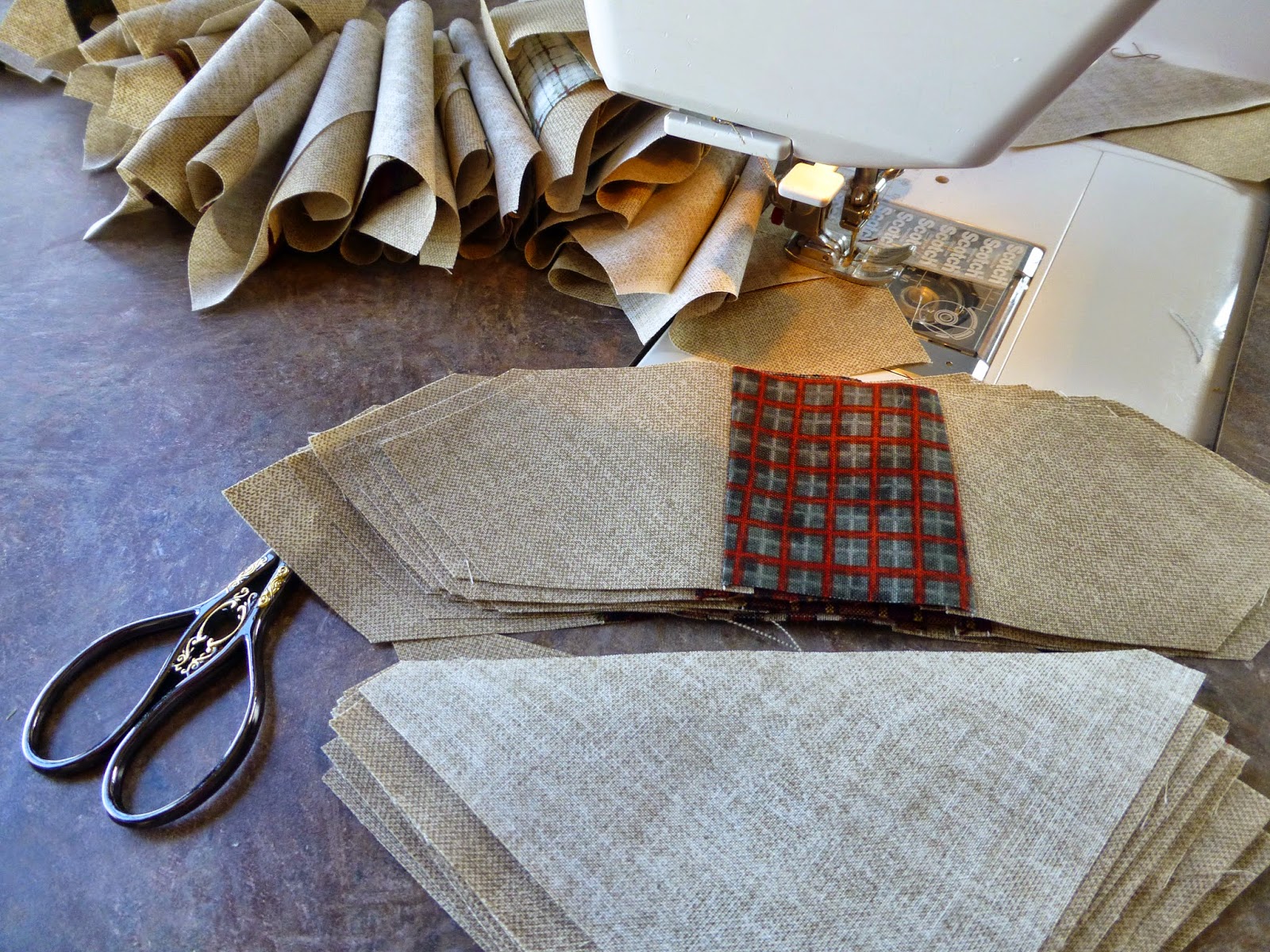 I made good use of my easy angle ruler which I found I love for making square in a square type of blocks. It only leaves you with one bias edge that you stitch to your square, leaving you with straight of grain edges in your block. Less wonkiness is always a good thing: 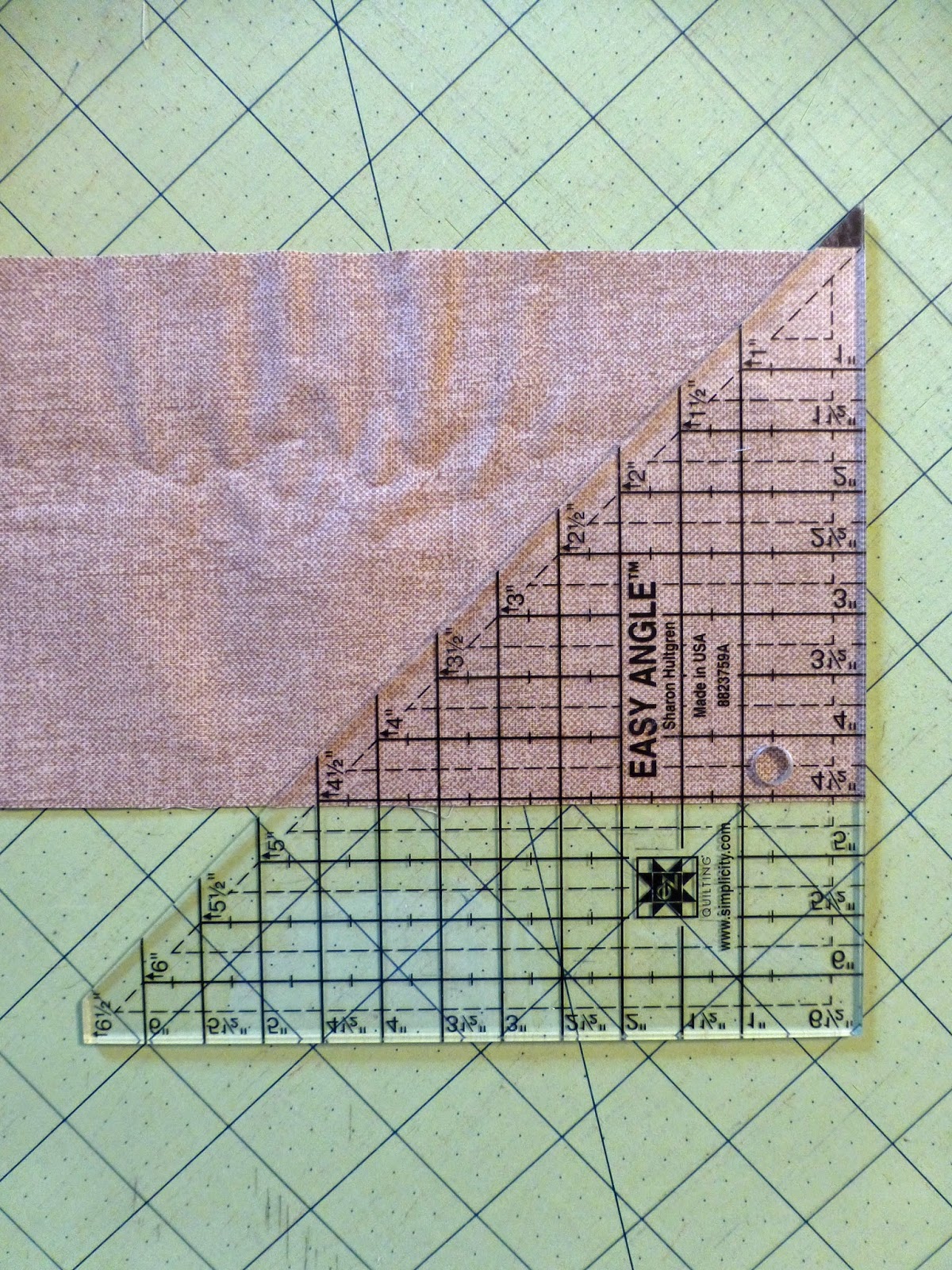 Squaring up blocks is not my favorite part of the process, but it really does make everything come together so much nicer. Still, 360 blocks makes for a lot of trimming! 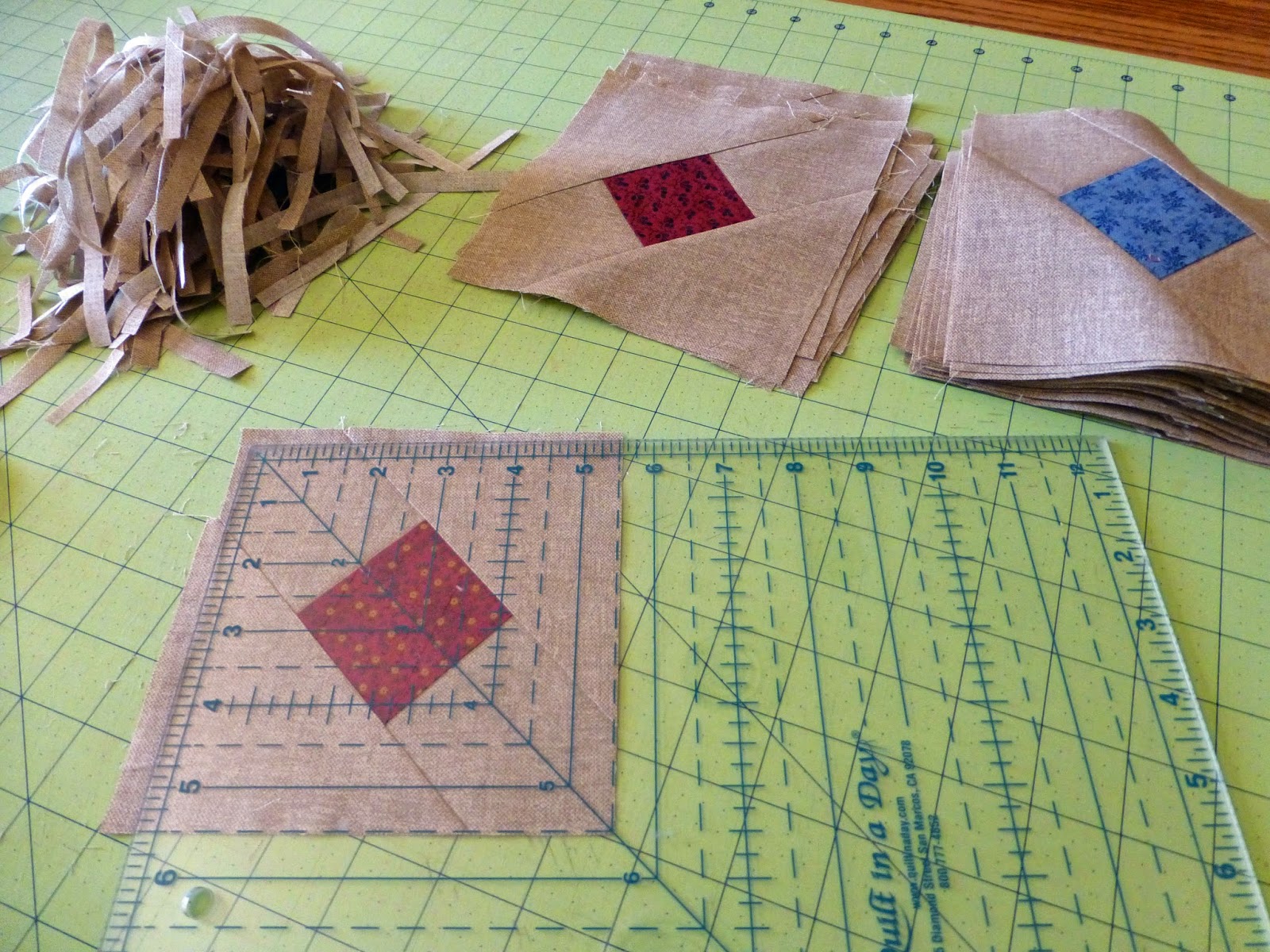 I laid out a few blocks to see if I was going to end up with the old fashioned feel I was going for: 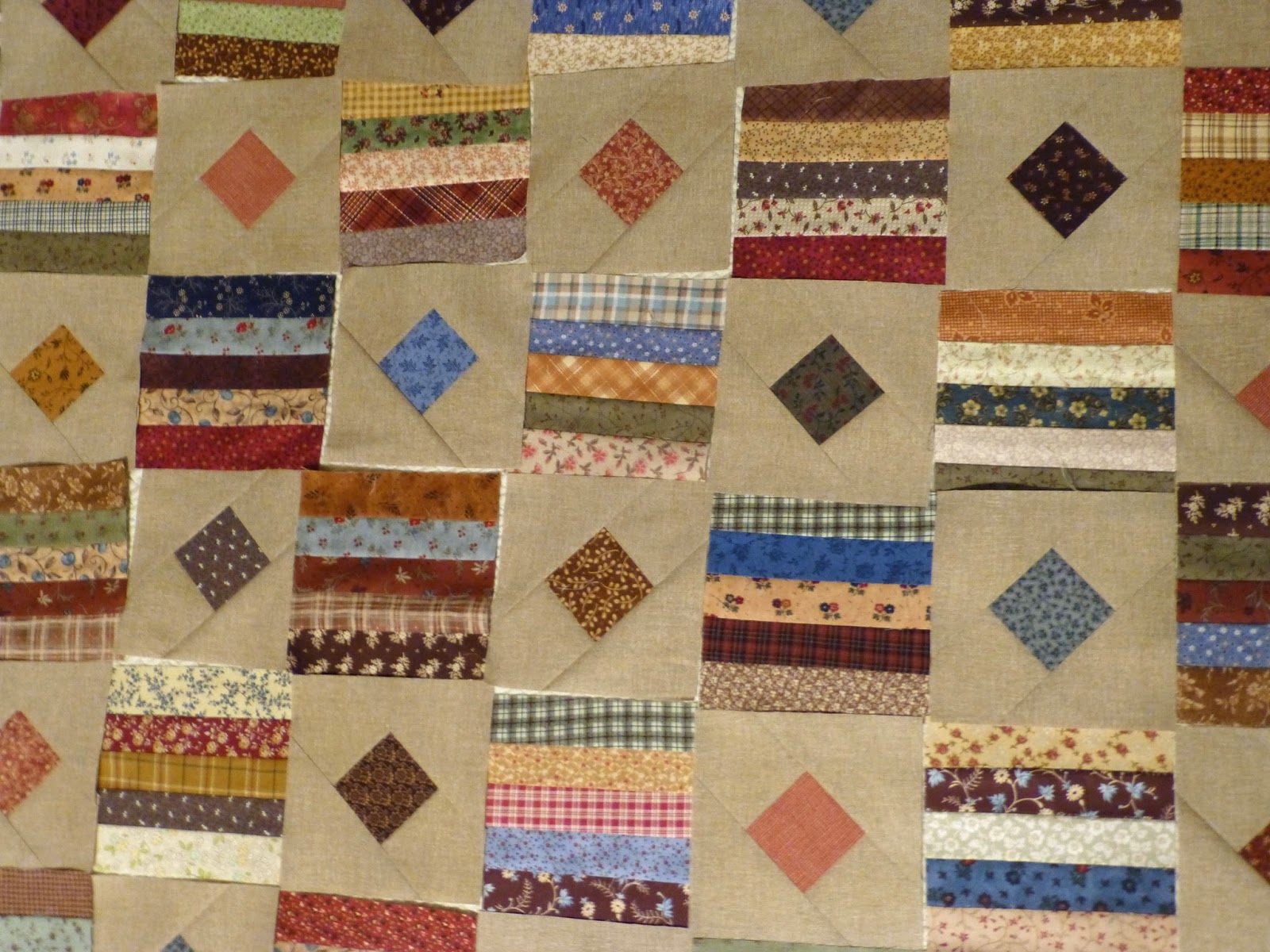 Is been given the seal of approval: 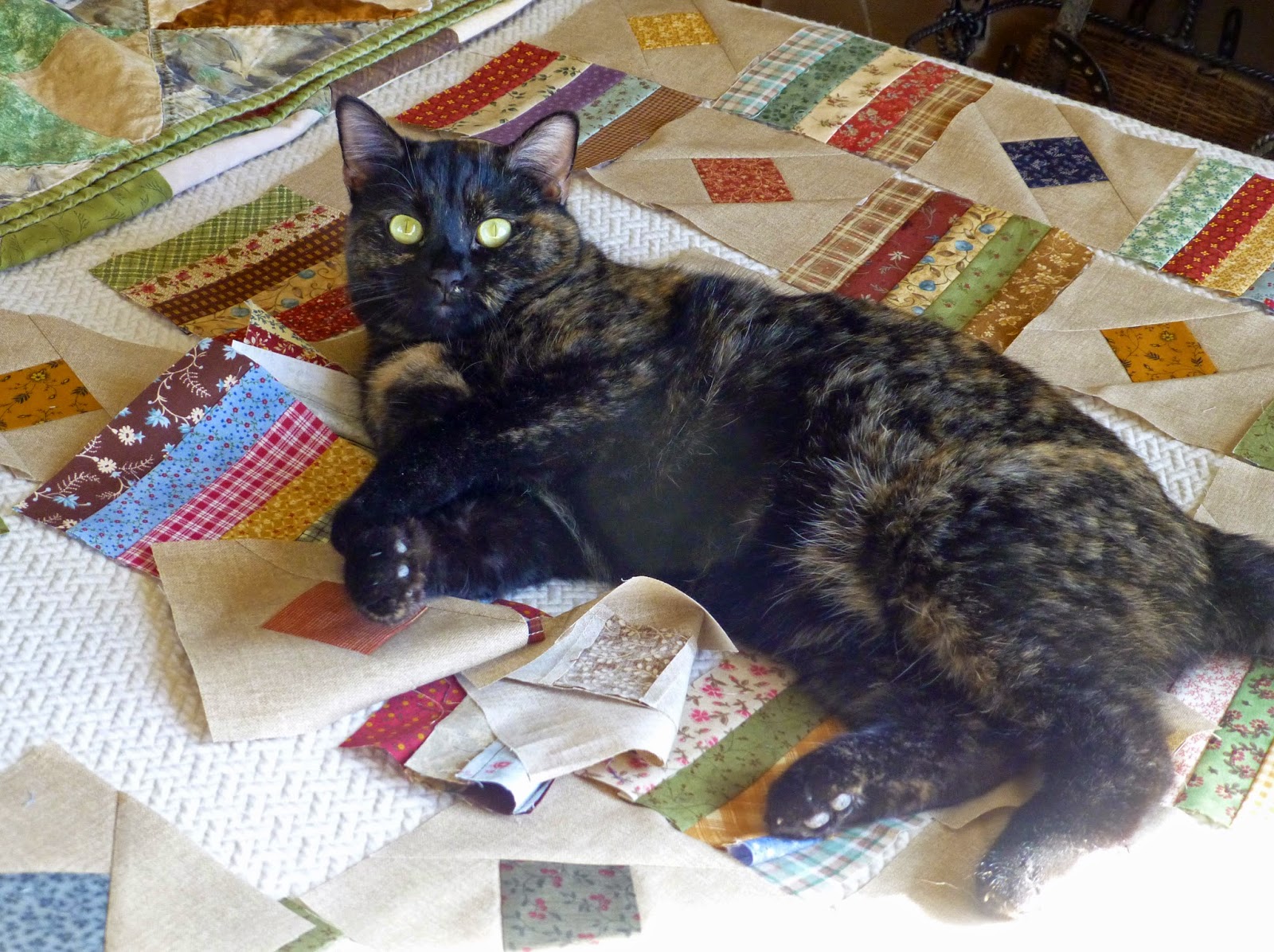 I also stitched some blocks into rows on my Christmas Tree Farm quilt. Once they were together, I decided I needed to...yes...make it bigger. So I went in search of the templates. I started where I had last seen them, but that was last year and they were no longer there. I know I stashed them somewhere during the great 'clean up the sewing piles before company comes for Christmas' marathon. It probably would have been easier to just make a new set, but I am stubborn that way and I DID eventually run into them. Then more fabric was pulled and cut and 14 more tree blocks were pieced. along with alternate Puss in Boots blocks. Borders were added and I'm digging for something suitable for a backing. 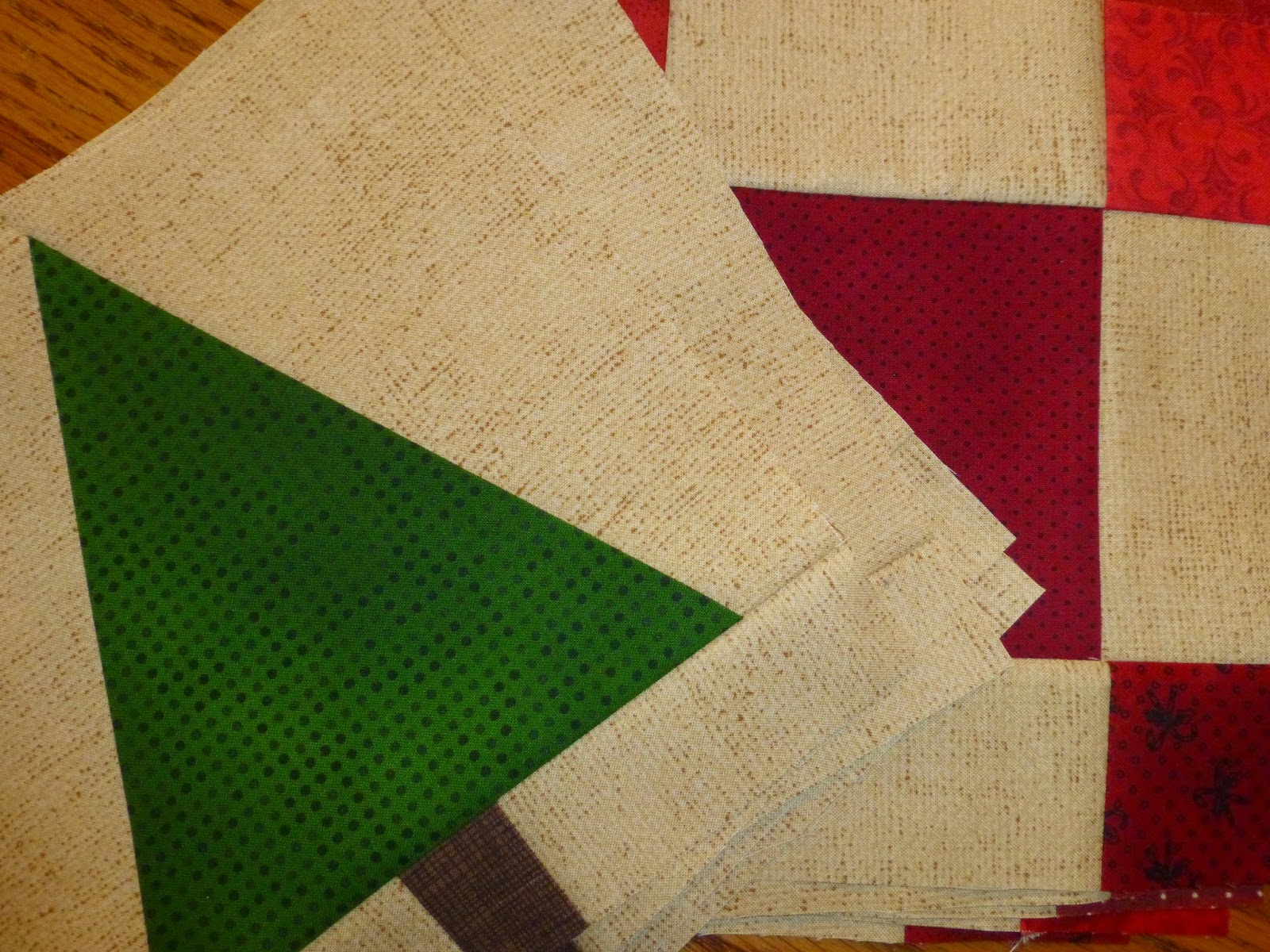 I've got 4 quilts at Jackie's and one at Shelly's in Missouri so finished quilts will be coming soon. Its been far too long since I finished a quilt. My FIL made me a new quilt ladder and it needs quilts!
Posted by Ranch Wife at 7:17 AM 16 comments: