On Saturday we branded some of the late calves over at North Camp. 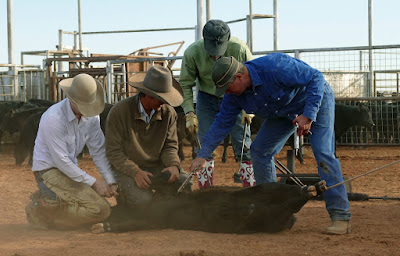 DH called me at 11:30 and said it'd be at least 3 before they got in for dinner. Another thick fog had rolled in about daylight and they were grounded, unable to gather the pasture. Apparently, Dane built a fire and they all sat around and told stories until the fog burned off. DH called me again at 2 and asked me to bring some extra medicine to the pens. Yay! Since dinner was ready and HAD been ready since 11, I was free to grab my camera and escape the kitchen. 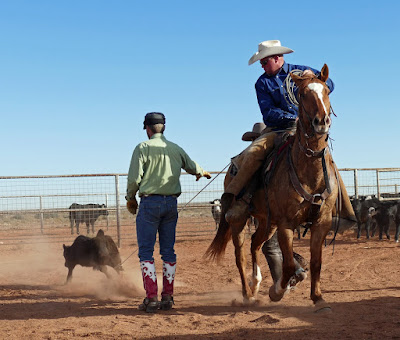 It was 20 degrees in the morning and these two broke out their Stormy Kromer hats to keep their heads and ears warm: 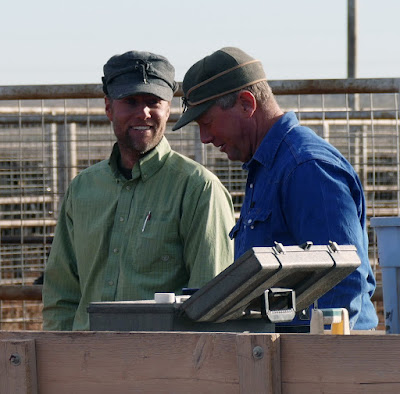 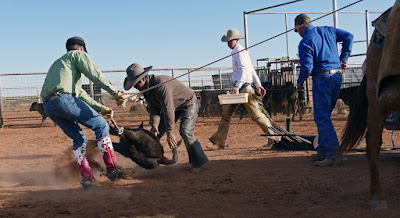 I guess I'm the dirt road version of the paparazzi. I think I went a little overboard, but I promise you don't have to sit through nearly that many. :) 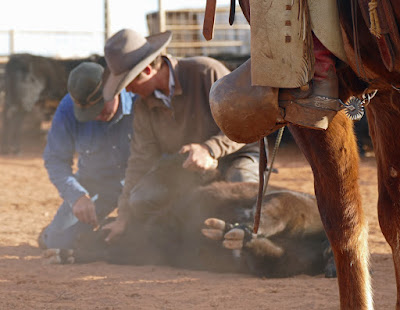 I've managed to whittle it down to 108, but you don't have to scroll through all of those either: 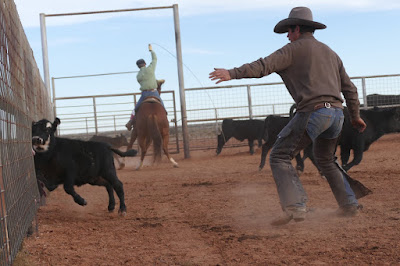 I have lots of framed photos on the walls and I'm working on adding a collage of photos of the crew working cattle through the years to a big wall in the mudroom, which is the first room you walk into when you enter our home: 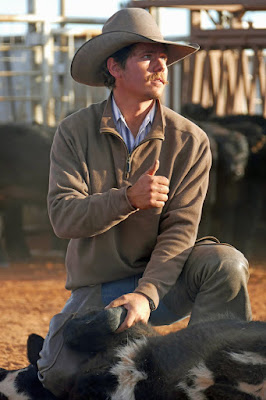 DH told me there wasn't a wall big enough anywhere for the pictures I've taken and I'll admit, it's going to be a big job weeding through them all: 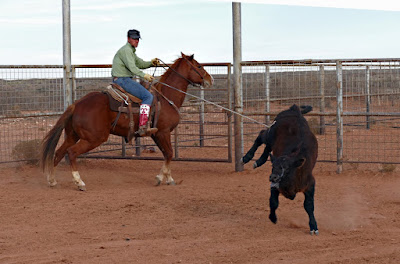 They didn't get in to eat until after dark, but I had just made fajitas so I warmed them up and the boys devoured them. Not as good as they would have been fresh off the grill. but it had been 11 hours since breakfast. They were ravenous and when you're that hungry, whatever you're eating, is the best thing ever! :) The chips and salsa and guacamole bowls were scraped clean.

We had the Safari Club Christmas Party that evening. but they celebrated without us. By the time we got the branding smoke off, 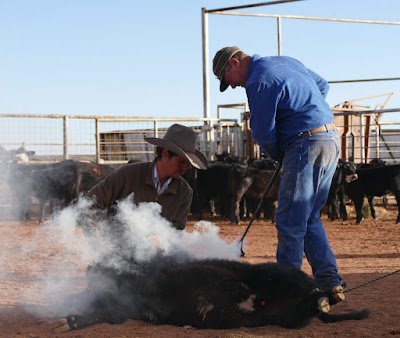 all we wanted to do was curl up under a quilt, but these kinds of days 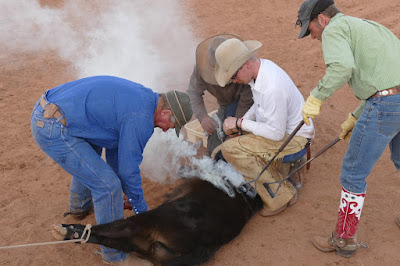 Are fun for everyone 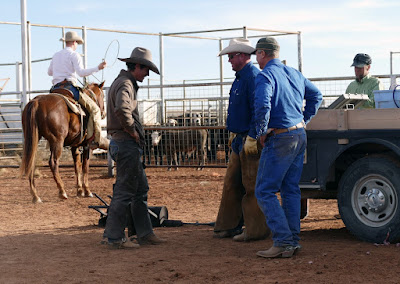 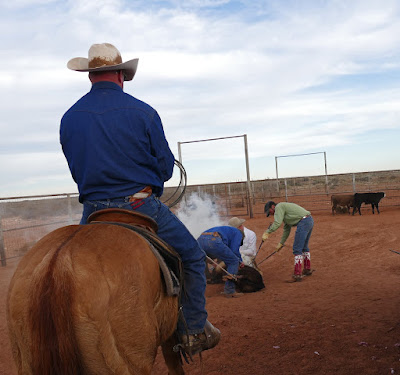 You take wonderful photos Karin. I would love to see your mudroom wall! Thanks for sharing your life with us.

Ooo, that's just always given me the heebies seeing branding done. That's gotta HURT! Poor babies! Just like I don't understand why ANYONE would pay to be tattoo'd! HA Sounds like you whip up some great meals for the guys!

These are GREAT pics!

I love seeing photos of the branding activity and love that you have some on the mudroom wall.

I wish I had captured more of those scenes with my camera. Sigh

I love your photos, and yes, I could go through 108 of them! I'm so happy you had a nice time. I would love to see the pictures of your wall!!

I think we may need more than a Stormy Kromer cap to keep warm the next couple of days. Forecast is for 6-8 inches of snow with gusting wind and -30 degree wind chills! I miss branding and enjoy your pictures!

Great pictures... I feel like I'm right there watching!!

Hi Lisa! You are still showing up as a non-reply blogger, thus I am unable to reply back when you leave a comment. If you'll drop me your e-mail, I'll be able to do so. :)
And yes, I don't think that Stormy Kromer cap is going to be much help in your neck of the woods. :) I'm fairly certain I would go into hibernation if I had to face your winters.

In the photo where the man has his arm out, it looks to me like he threw the black calf against the fence!
My eyes kept picking out the red and white boots...such a different choice in footwear colors.

I love your 108 plus photos!!!! They are all so great, and I would have a hard time choosing too!!

I love my Stormy Kromer, too! Here in Michigan along the coast we get a fair amount of lake-effect snow, so winters mean bundling up but good. Stormy is never far away... {grin} Merry Christmas to you and yours ---- I very much enjoy living ranch life vicarious through you. Thank you for sharing!