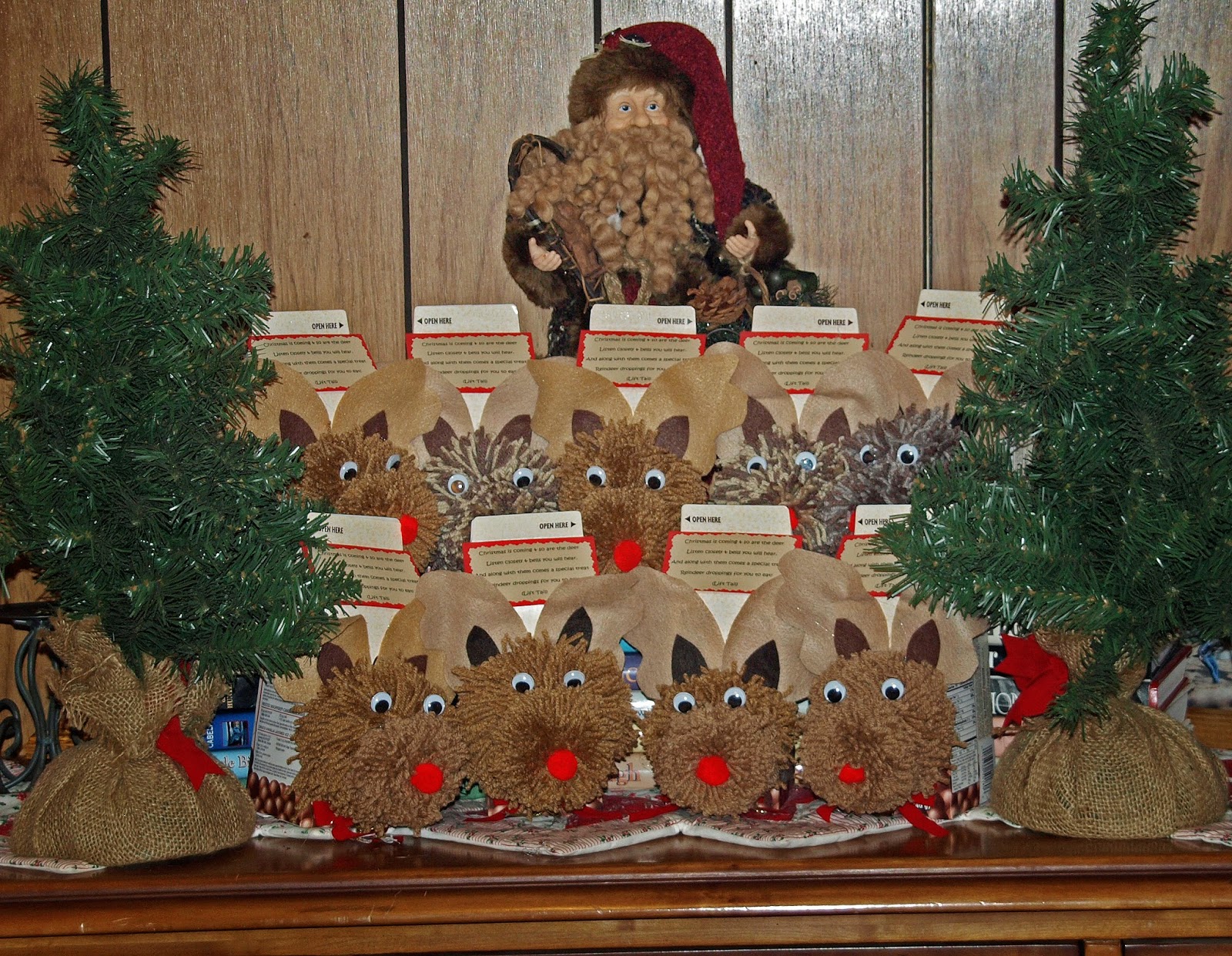 I thought I had posted a tutorial  for these fellas at some point, but I guess I was mistaken and I've had a few requests on how to make these. I worked on some this week and took some photos of the process.

Here are the supplies: 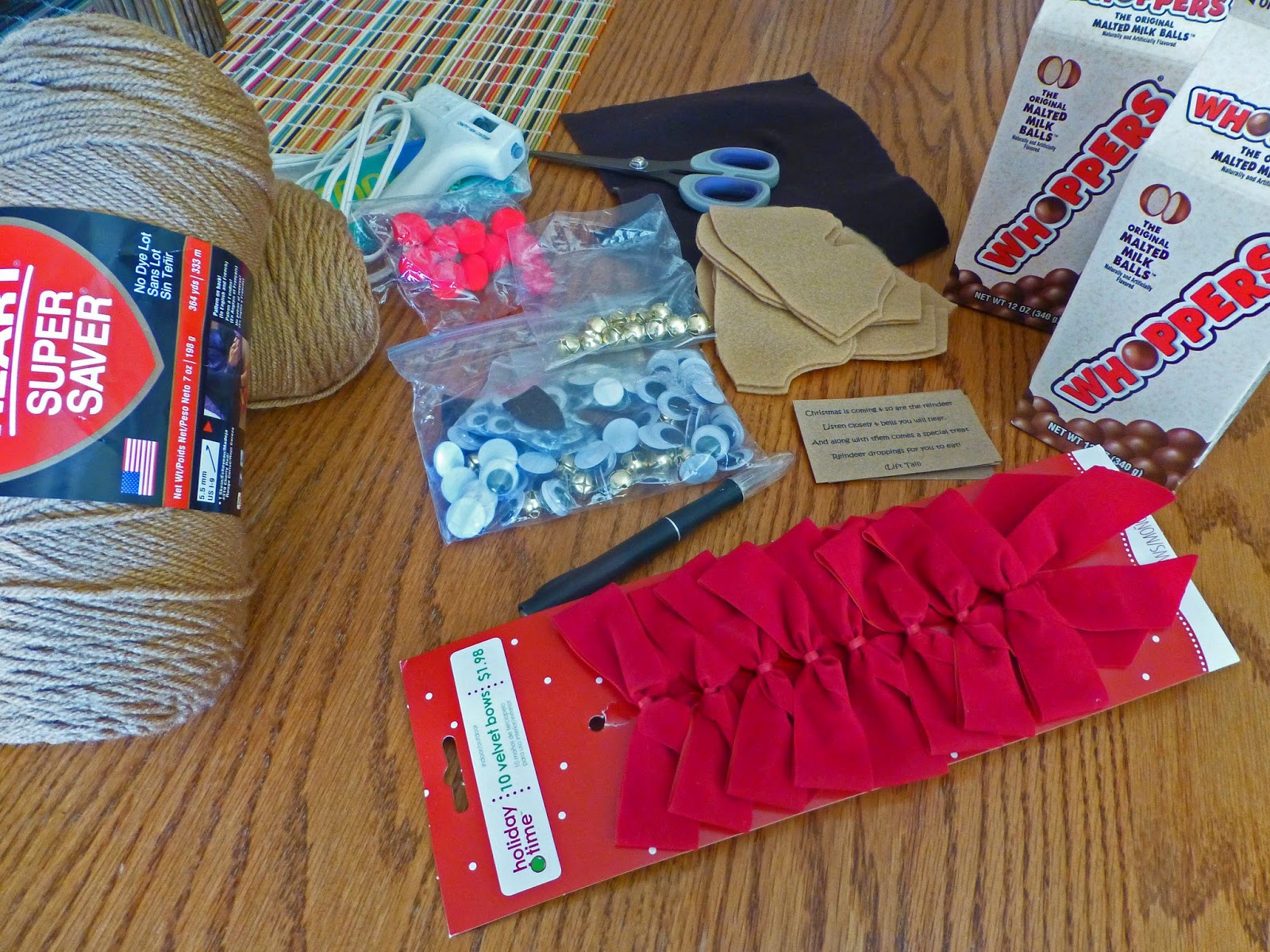 First step. Find a good movie to watch as you sit down to make pom poms. I suppose you don't need an entire movie unless you are making a whole herd like I do. You need three sizes of pom poms. A large one for the face -a medium one for the muzzle - and a small one for the tail. 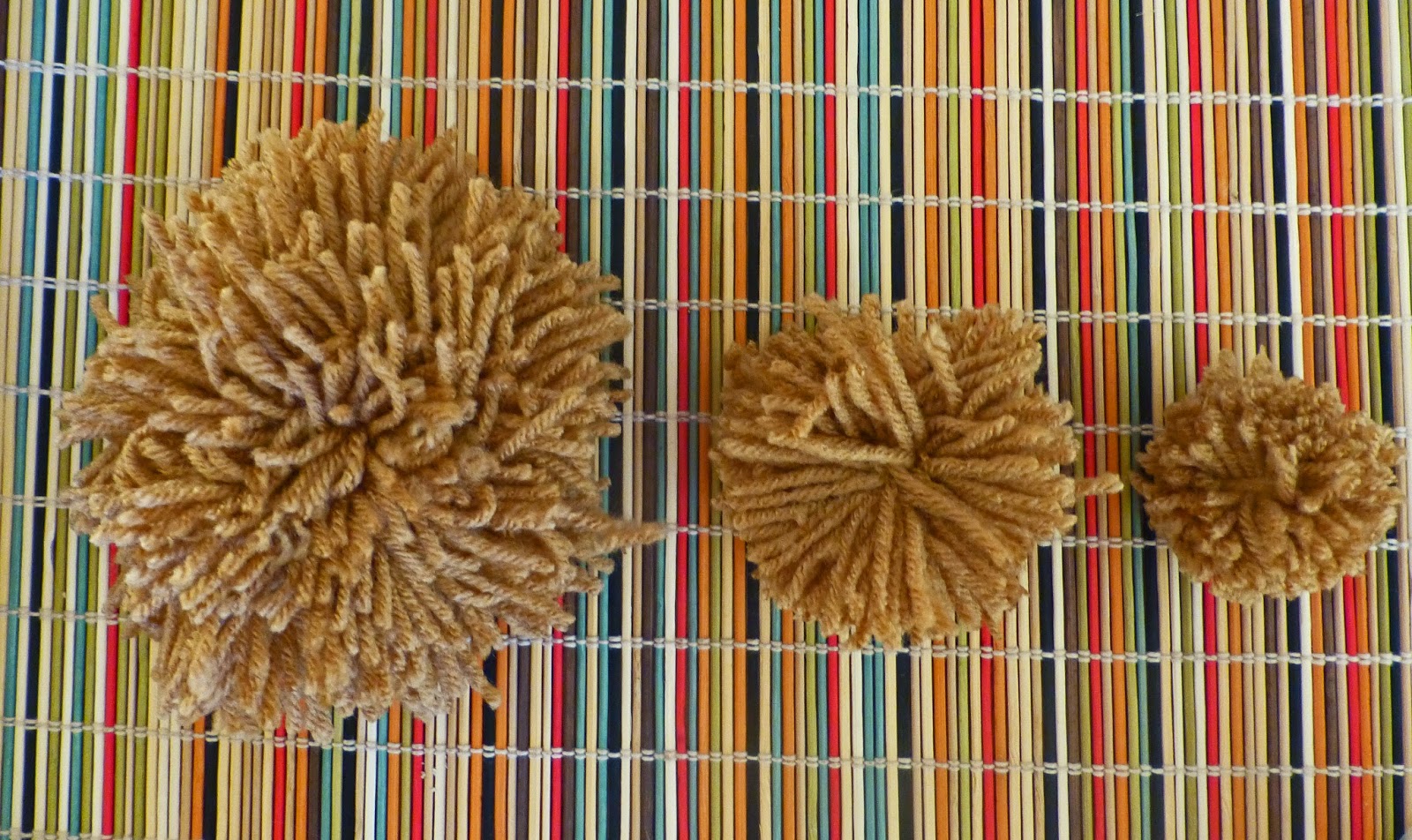 For the large one, I wrap yarn around 4 fingers: 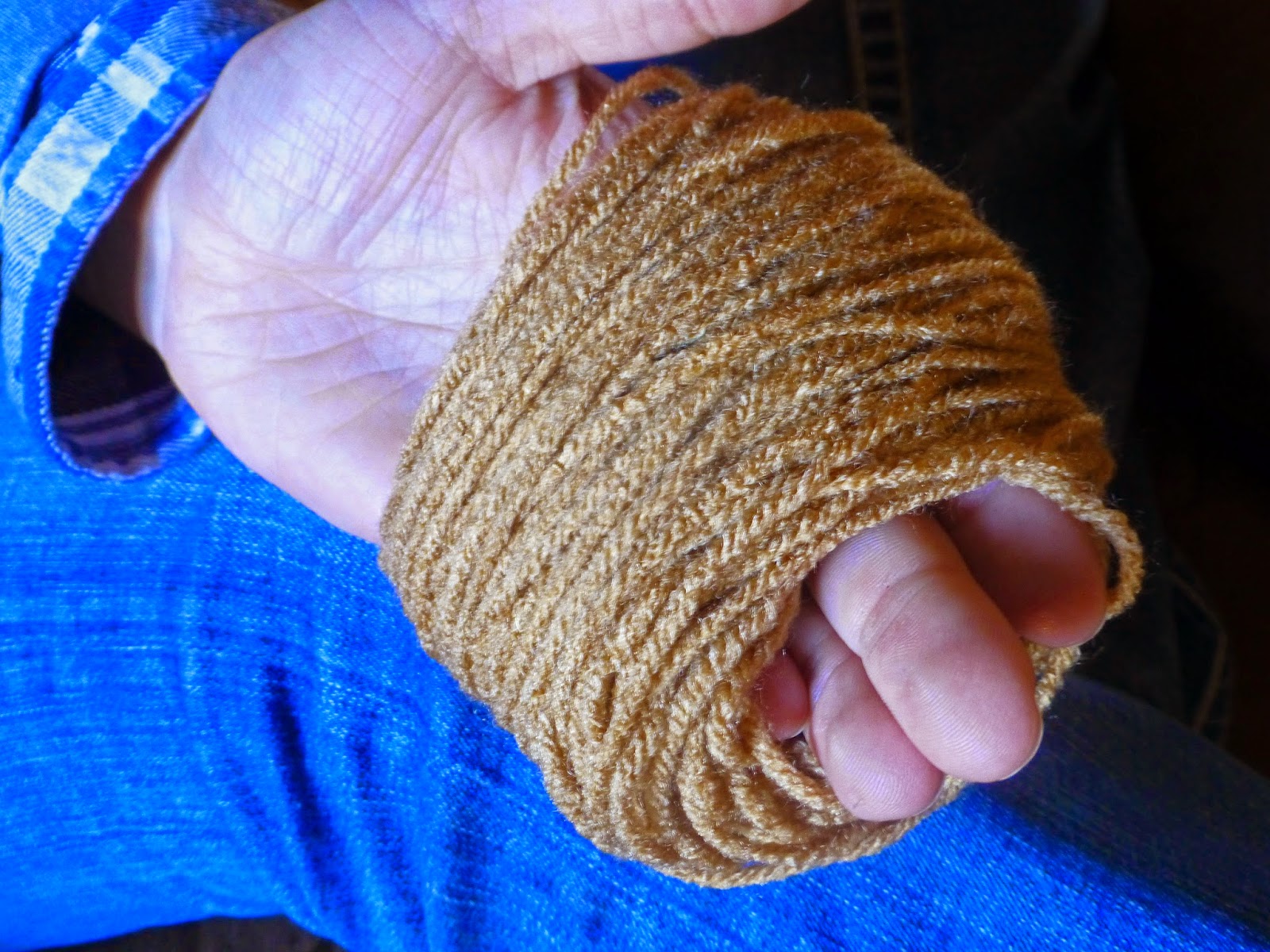 For the medium sized one, I wrap yarn around 3 fingers: 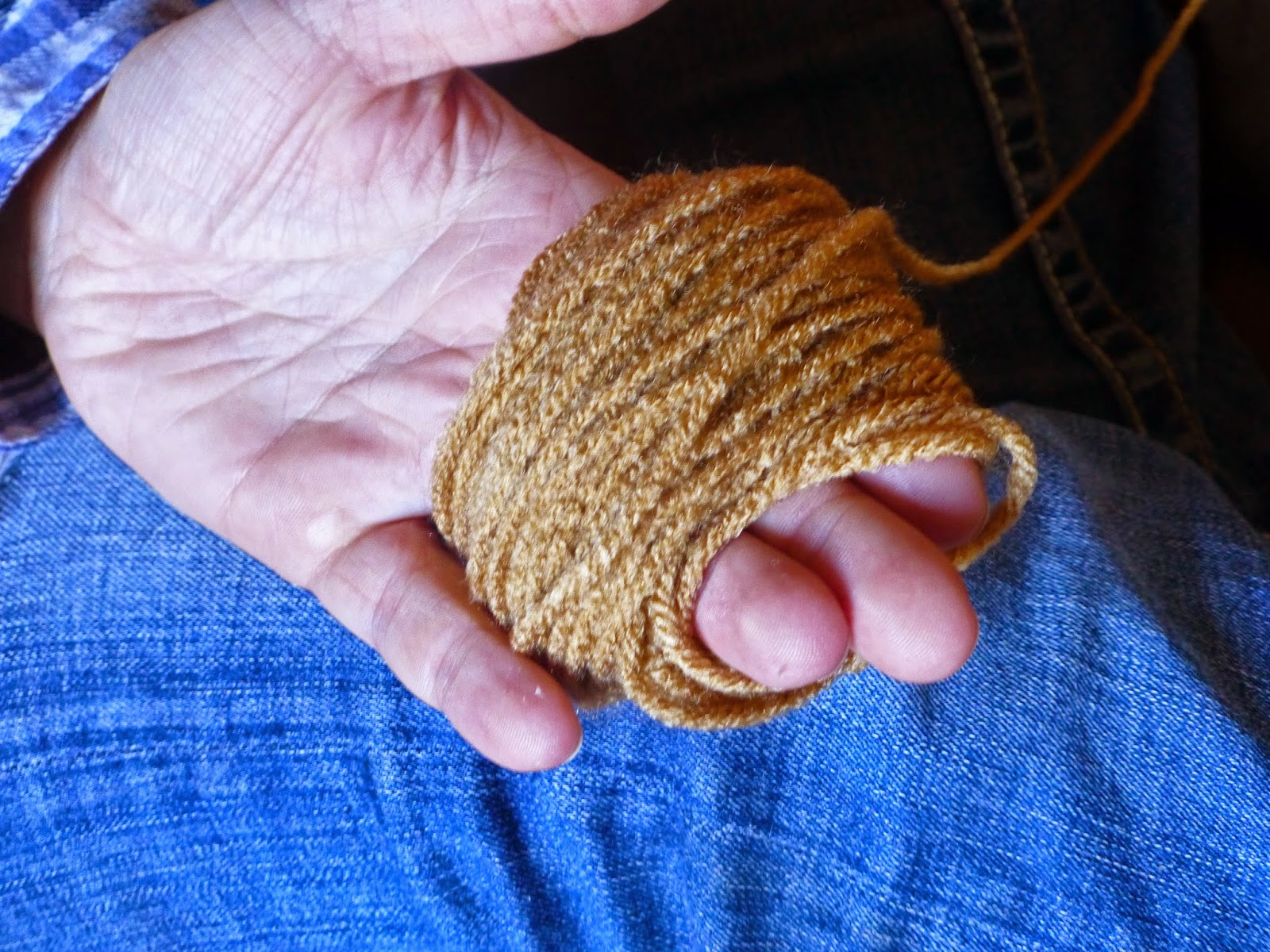 And for the small one I wrap yarn around 2 fingers: 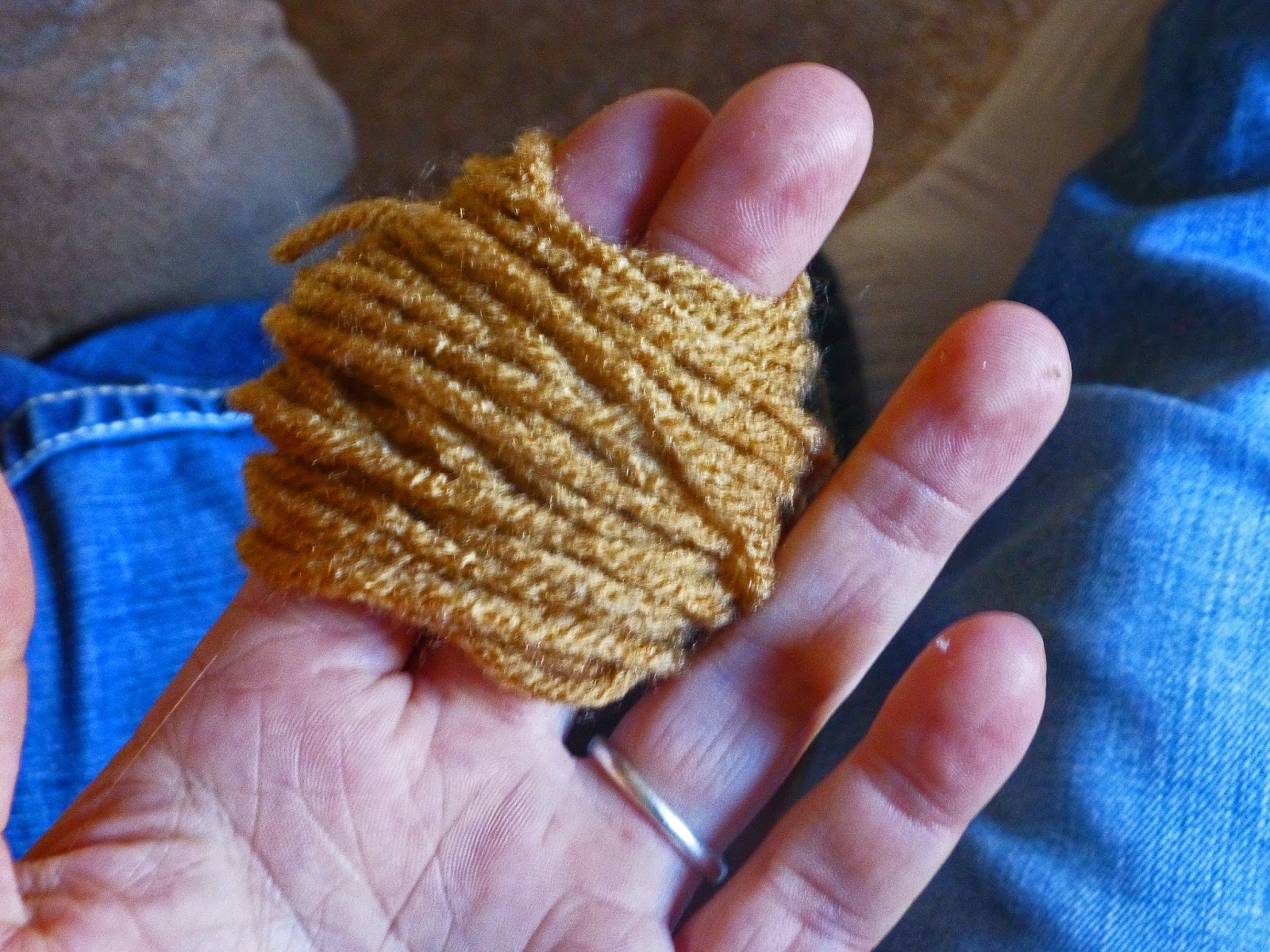 Then you trim the stuffing out of them. I find it the easiest to have a large bowl at my feet and trim into that or you will have yarn fluff everywhere. 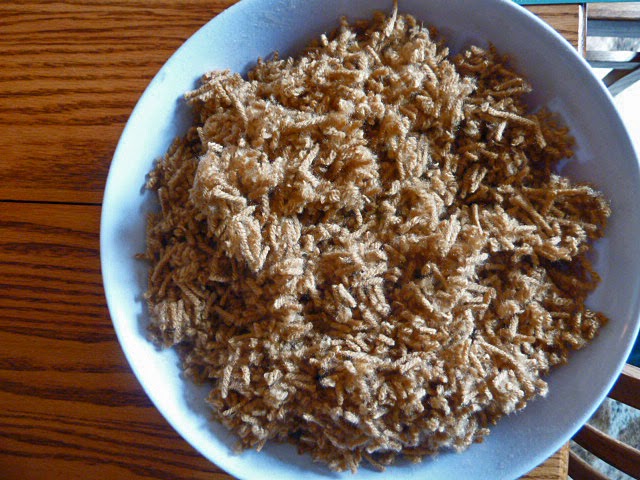 Sketch out some antlers onto the tan felt, fold it over, and cut a matching pair of antlers. I can not draw to save my life so comical antlers is what you get: 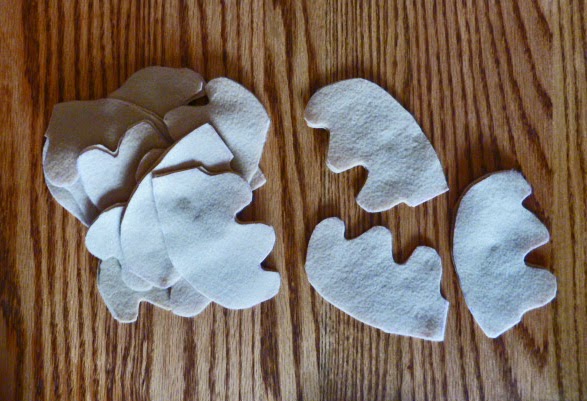 Glue these on to the front of the Whopper box: 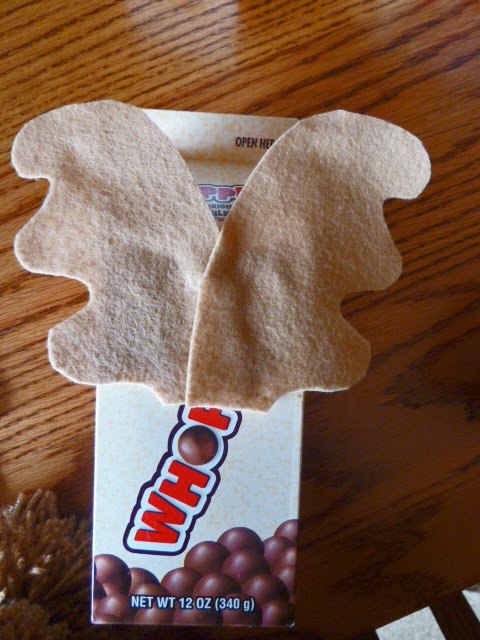 Then cut little ears out of the brown felt. I wait to glue them onto the antlers after I have glued the pom poms so that I have a better sense of where to place them, but this is not rocket science so do what works for you. 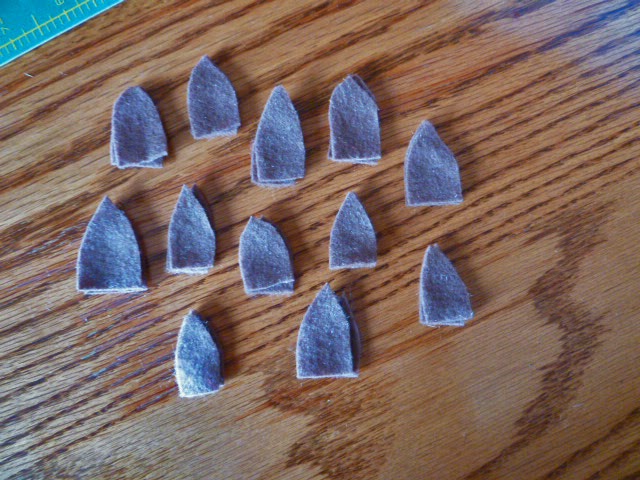 Next, hot glue the large pom pom on to the front of the Whopper box and then add the little brown for the ears: 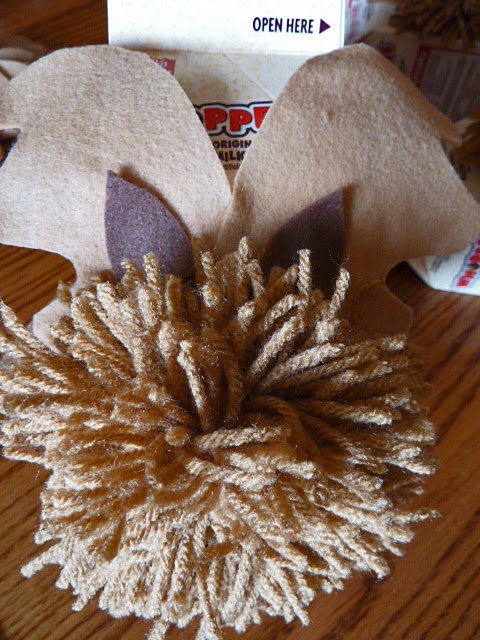 Then glue the medium pom pom onto the large pom pom: 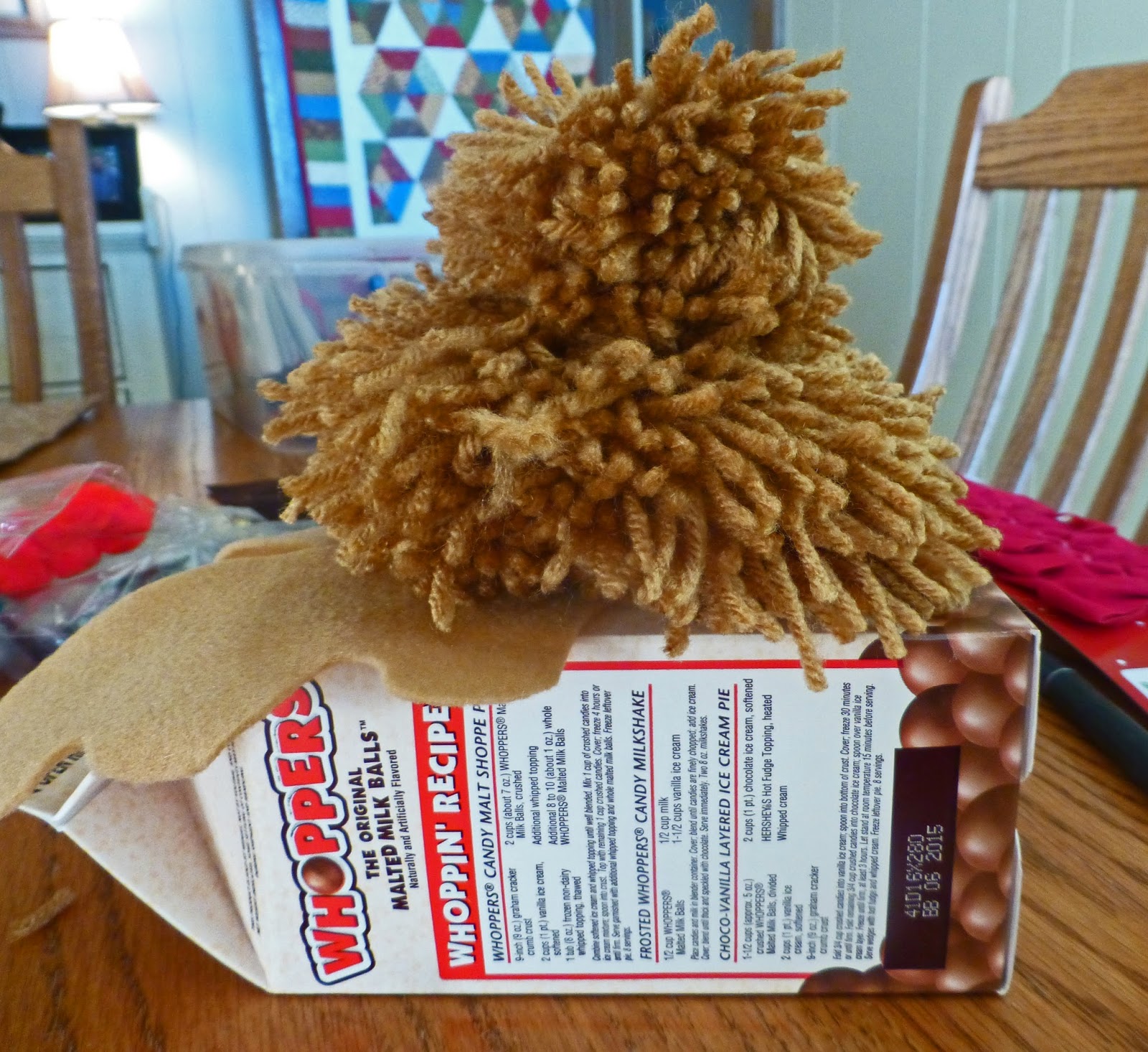 Next glue on the eyes: 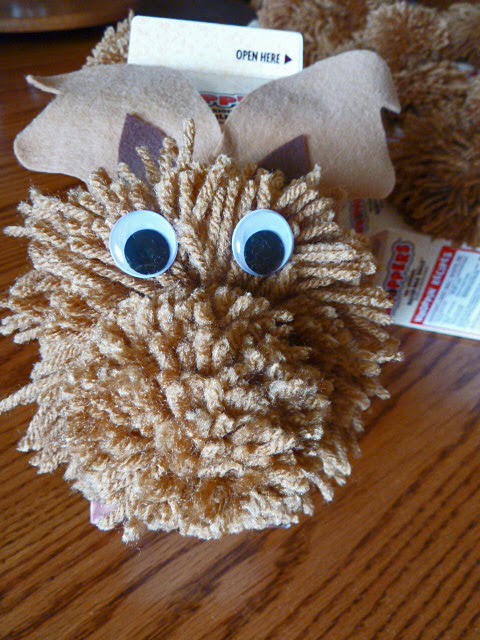 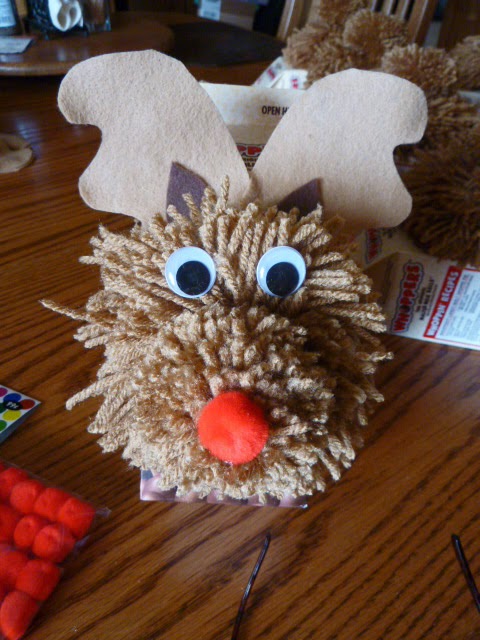 String a bell through the wire on the bow, twist to secure, and glue to the box just under the face: 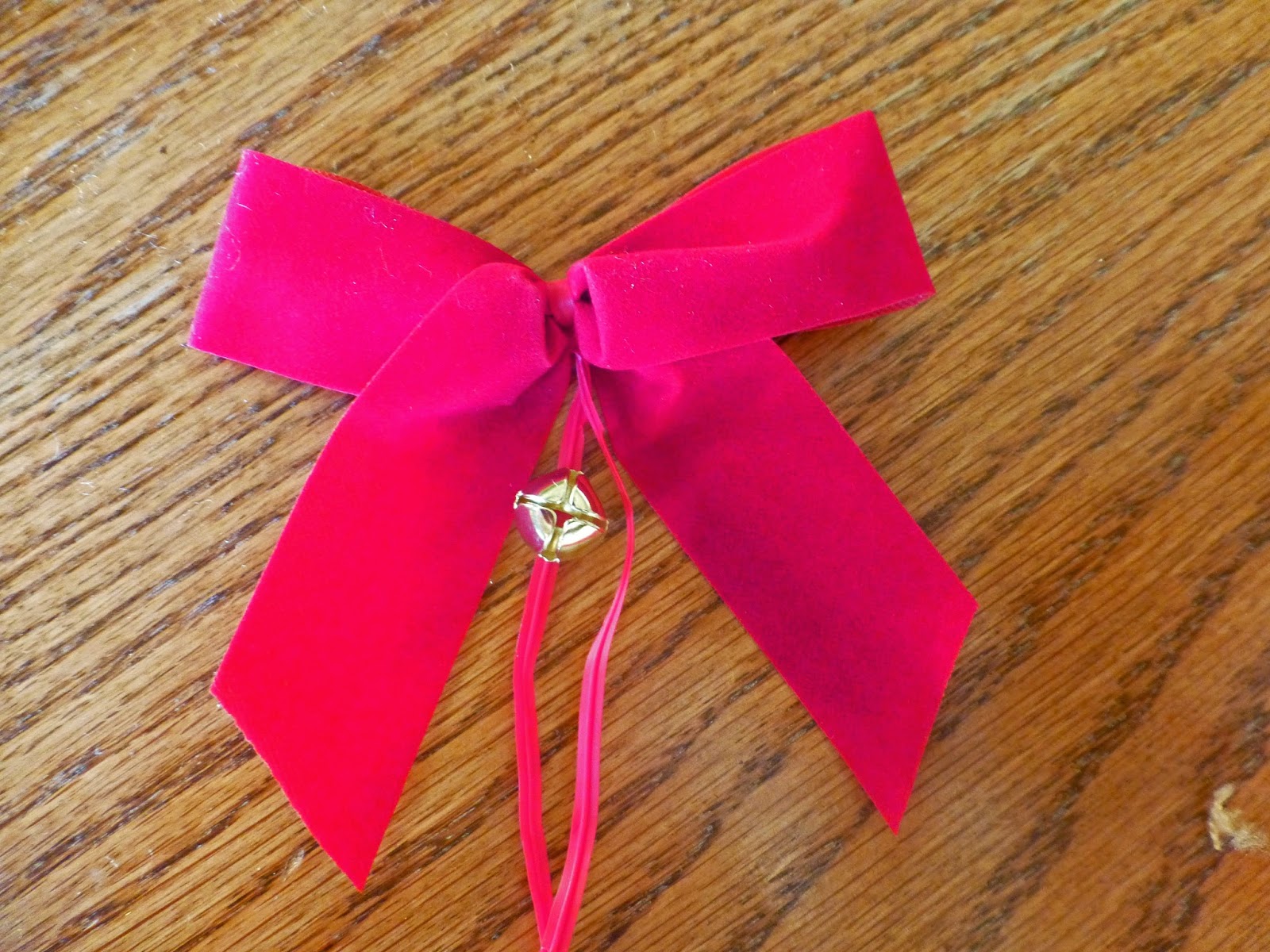 Print out a label and attach to the reindeer with double stick tape: 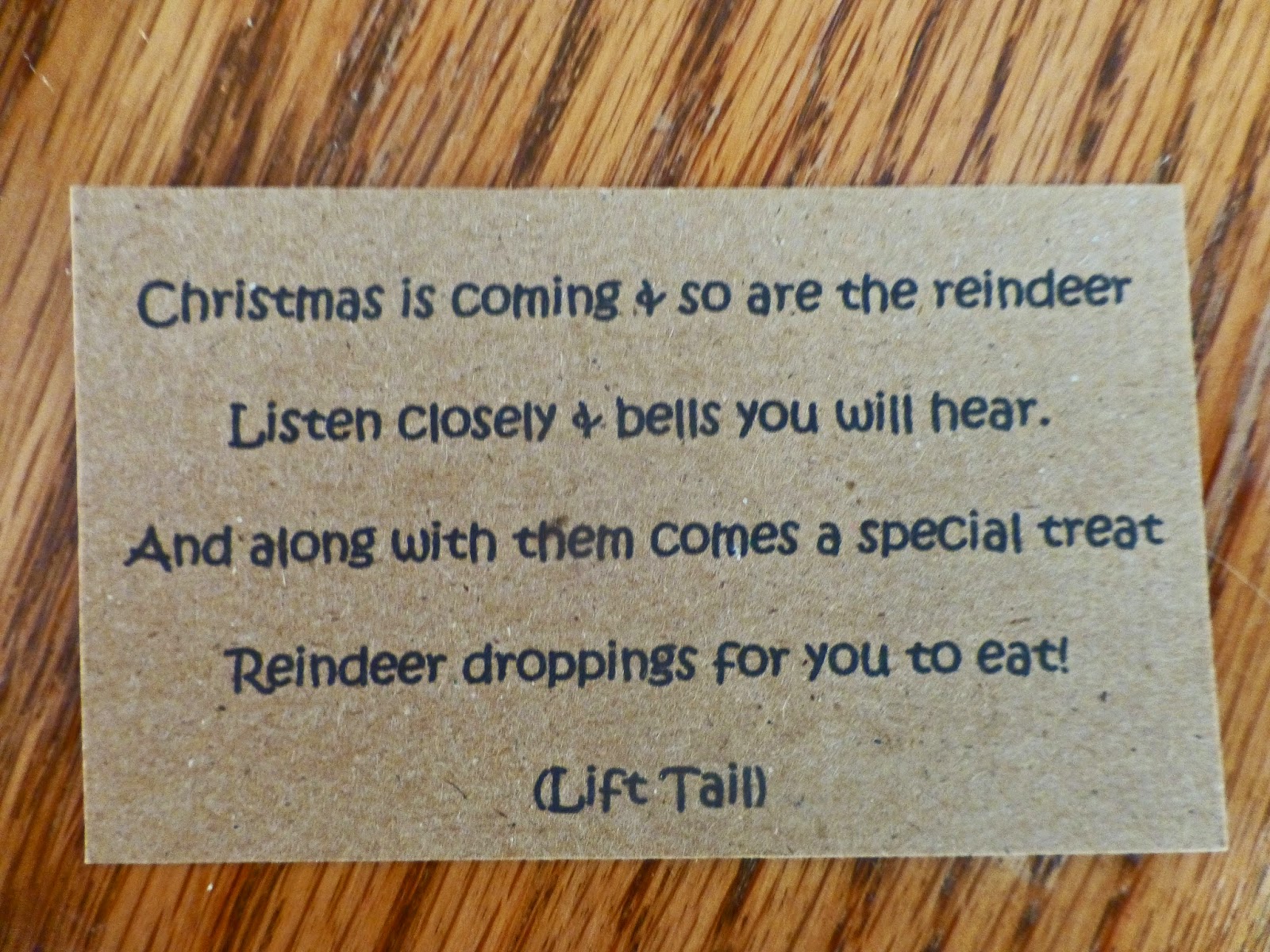 Turn your Whopper box around to the back and cut a rounded U shaped flap a few inches from the bottom of the box: 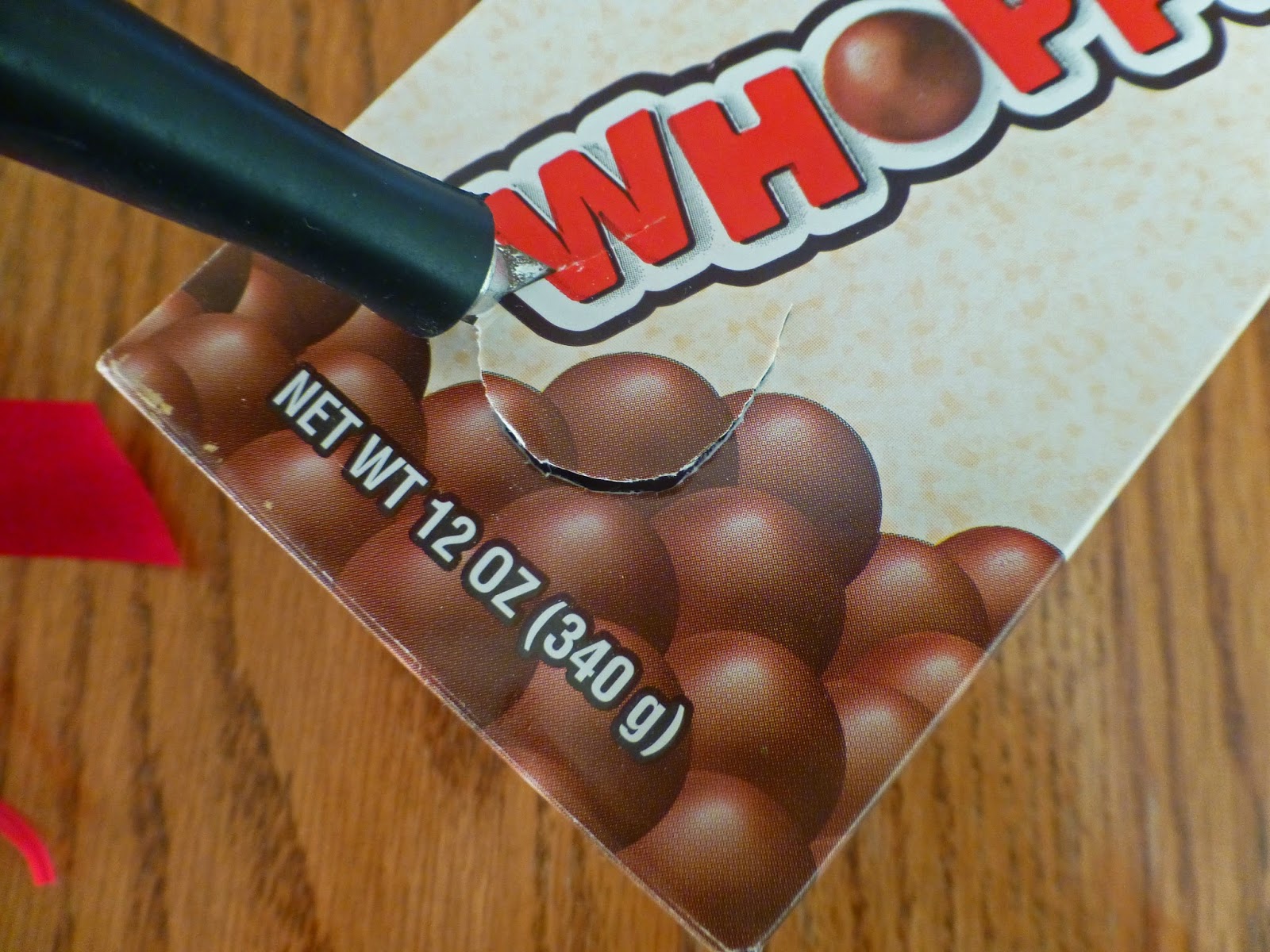 Make sure you can easily shake a Whopper out or you may have a constipated reindeer. Sorry. Don't ask me how I know this. 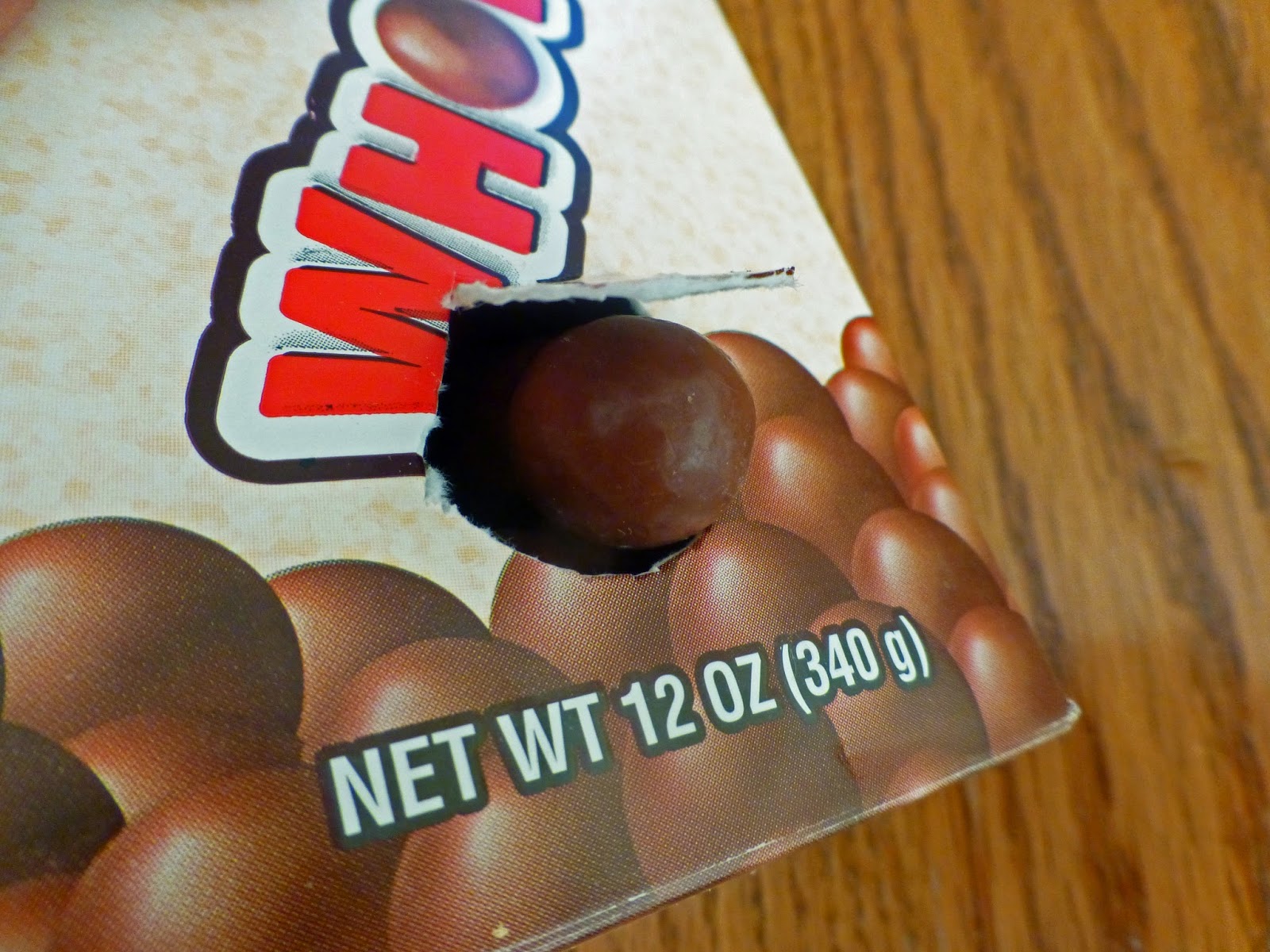 Finally, hot glue the smaller pom pom over the flap, being careful to not glue the flap shut. 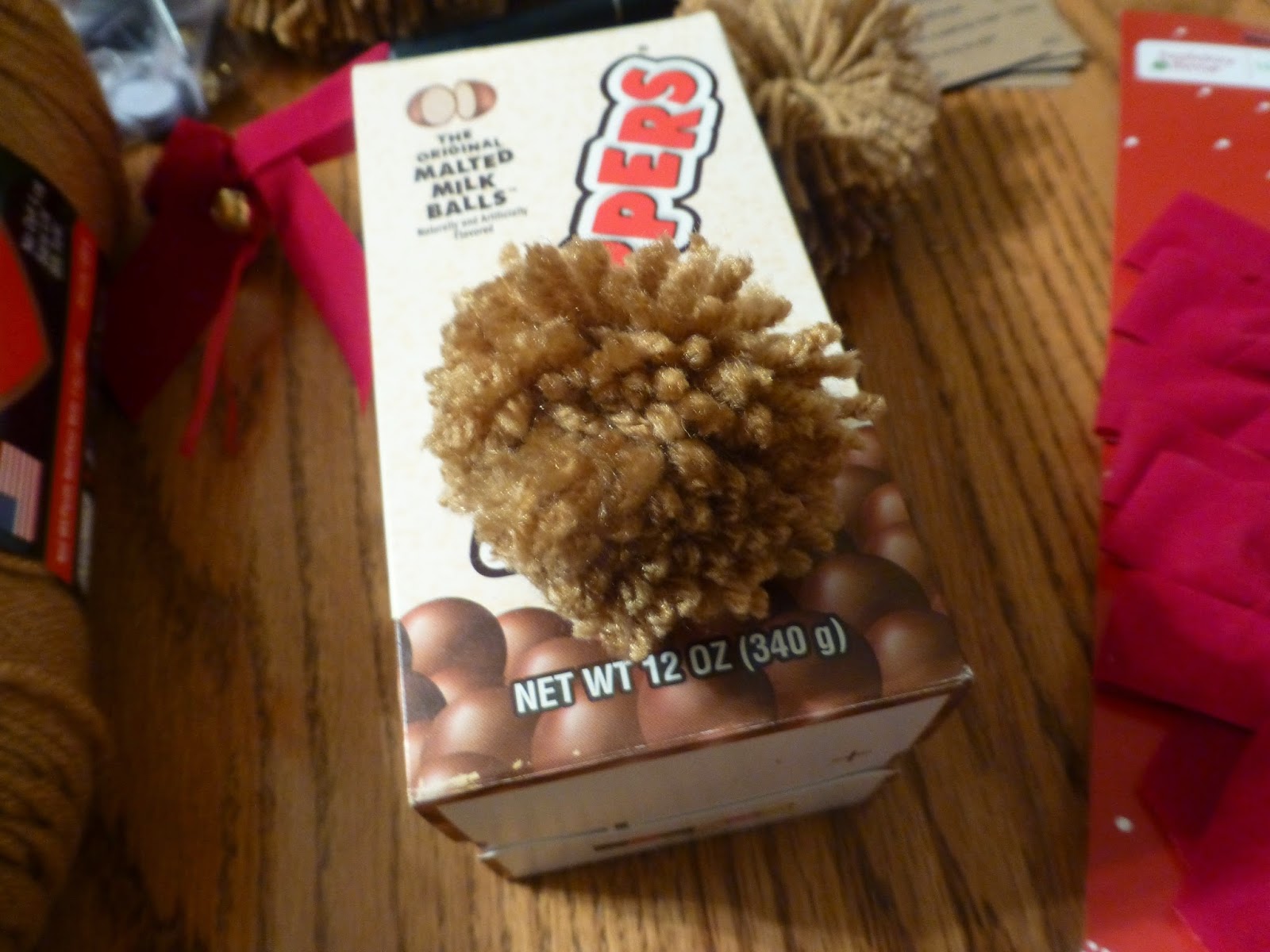 And there you have it! 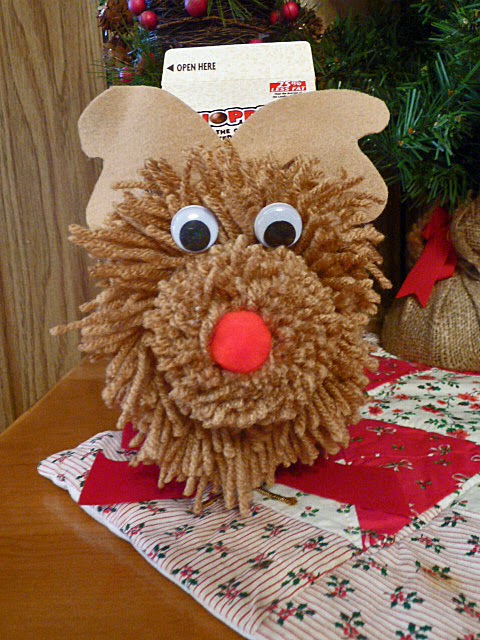 I make these for everyone - Marines, college kids, professors, little kids, our UPS man, cousins, the Culligan people where we get water, the Farm Store, the mailman, the neighboring ranches, the propane man, the equipment operator who is working on our roads, and this year the sale barn crew and the Safari Club.

Hope y'all enjoy making these. They're fun to make and to give. 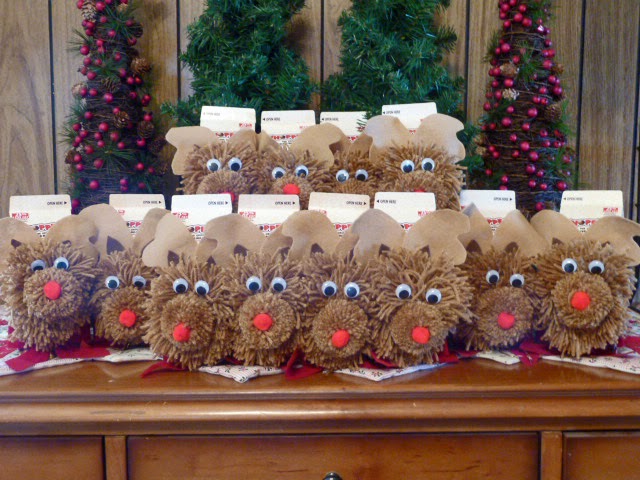 Oh my gosh, those are so cute!! I have a hard time with the 'lift the tail' part, but I know several small ones who won't bat and eye at it! LOL! Thank you for sharing!! :)

Thank You for posting this. I have admired them on your blog for several years, now I know I will be making them for everyone on my list too.

They are as cute as can be. I bet the recipients love to get them and show them to all their friends!

Those are definitely the cutest little reindeer I've seen. Fun gifts to give and receive too. Thanks for sharing your technique.

Adorable, the kind of thing I'd love to get but wouldn't have the patience to make.

These are hilarious! We don't get whoppers but I can probably find some kind of substitute.

Very clever and way too stinking cute! Thanks so much for the tutorial,these are now on my list too. Have a great week,hopefully without any more of those rattlesnakes!

These are very cute! My kids would love them, but it's getting a bit late now to get everything done. I hope you have a great Christmas. Will your children be home to celebrate with you?