Now that the calves are weaned and have been turned out for a few weeks, they needed to be gathered and run through the chute for another round of vaccinations.

They weaned beautifully - not one sick calf 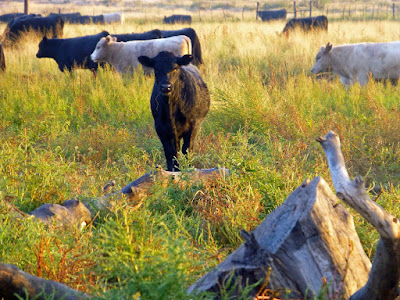 On Thursday, we ran the steers through: 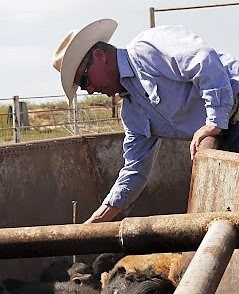 And on Friday it was the heifer calves' turn 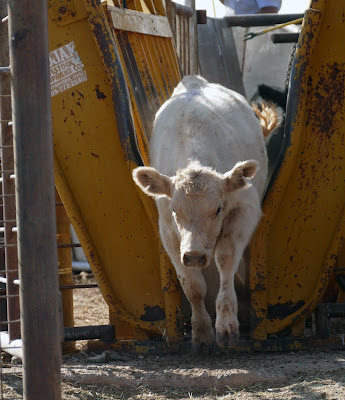 When I dropped the boys off on Friday, it was 25°, but it was completely still and the sun was doing it's best to take the chill off: 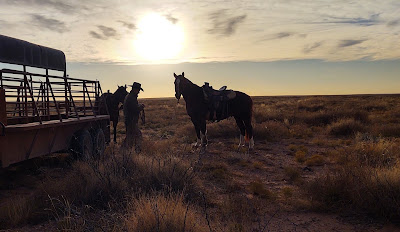 I headed back to the house, slowly, because I wanted to soak in the crisp, still air 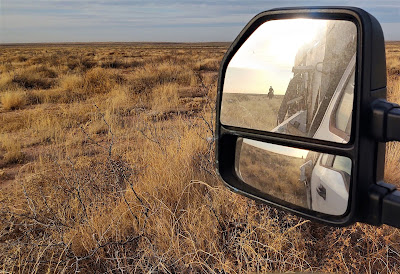 And an hour later, they reached the pens

We're not out of the drought yet, but so grateful to have winter feed in the pastures for a change 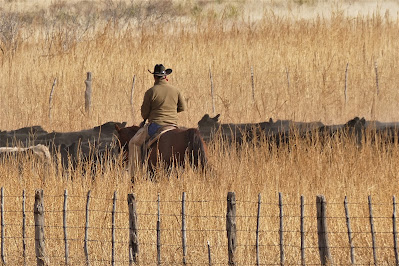 The calves are grateful too! 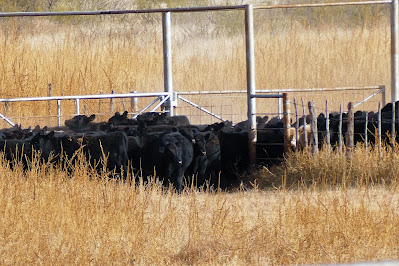 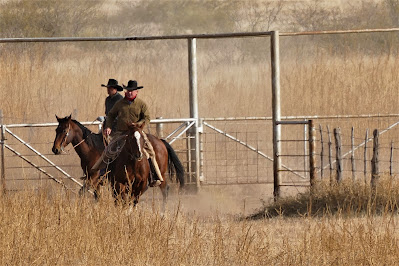 Once the calves are processed, the boys moved them to North Bull pasture where they'll hang out until we sell them, which is usually about 45 days after weaning. 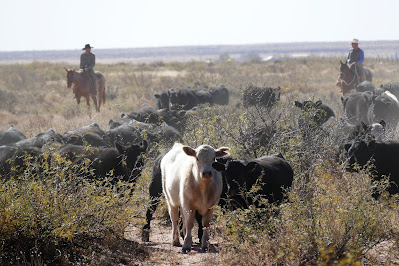 Thankfully, this was an exceptional year for rain and we get to keep the heifers! 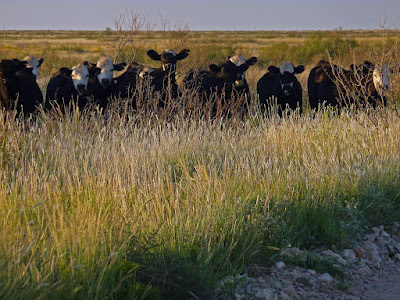 Good morning Karin, beautiful pictures. So glad all went well with the cattle and that you have some nice winter feed. Hope you have a lovely day and Happy Thanksgiving.

Blessings come in all shapes and sizes and forms

Wishing you a wonderful Thanksgiving also!

Happy that things are slowly turning around and that you have grass for the cattle. Happy Thanksgiving to you and your family.

A very Happy Thanksgiving to you and your family!