Last week we loaded up Skeet 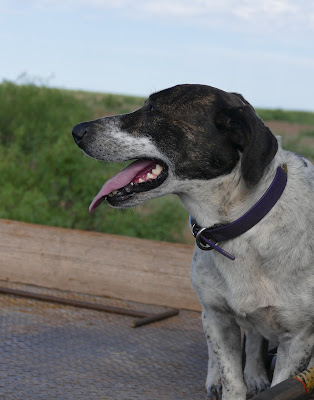 Although it's really the other way around because he's always the first one in the rig, waiting for us to load up - this is one of my favorite pictures of him from a few years ago because it looks like he's saying: But I want to go fishing NOWWWW. 😂 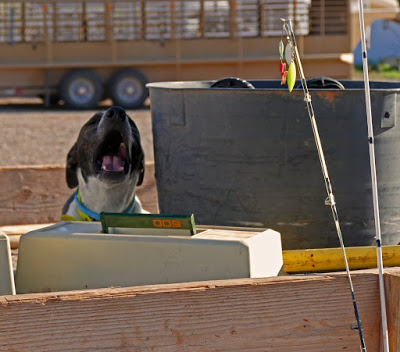 And we spent a couple of hours casting a line 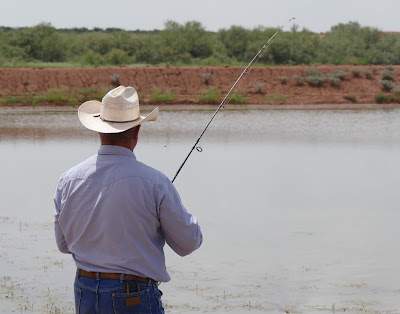 The tanks were pretty weedy on the edges 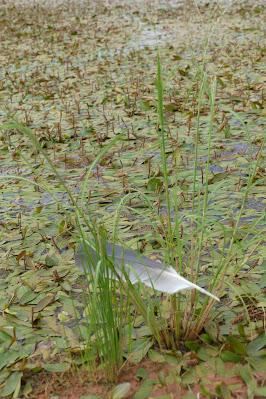 And there's just bare dirt right now because the county flood control fella has been working this area for about a year and he's moved a lot of dirt: 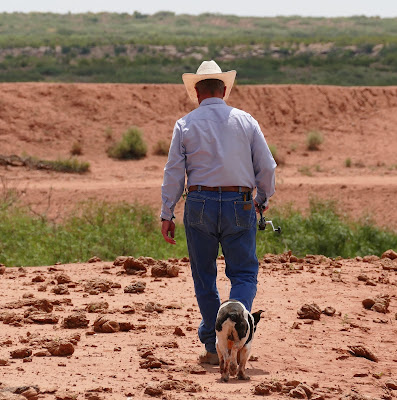 We met up with him a few days ago and he and DH made more plans - he and Jim Bob get along so well: 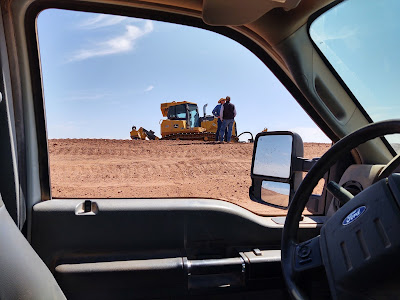 We have always caught loads of fish 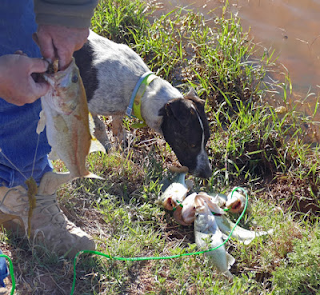 and have thrown loads back, only keeping enough to eat for one meal but this time we only caught small ones and went home empty handed although we tossed about 10 back 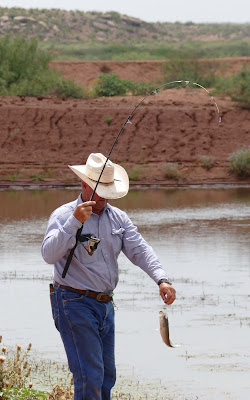 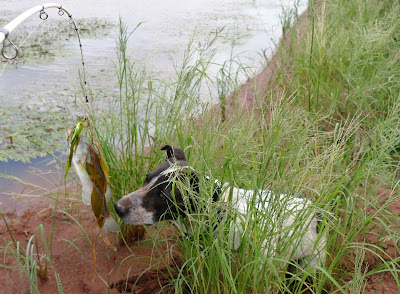 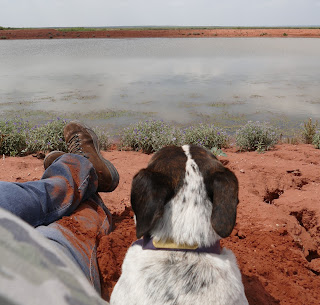 Something about listening to the whir of a fishing line being cast into the water and watching the fish splash across the quiet, glassy surface in the middle of nowhere just makes the noise of the world fade away and then you begin to treasure the details 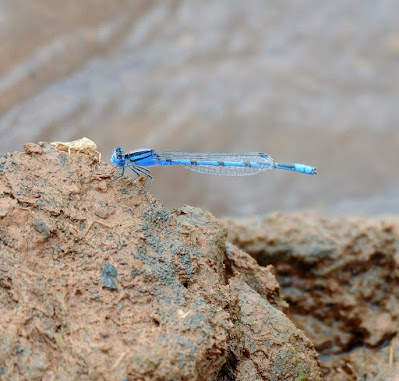 and you can soak in the things that really matter. 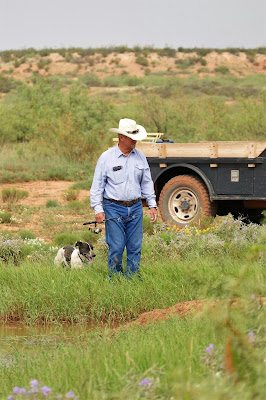 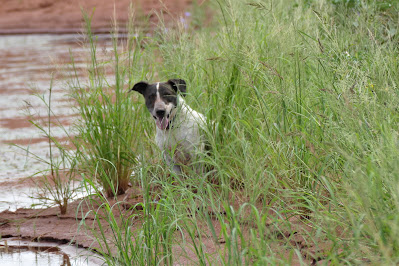 Good morning Karin, awwwww, that sounds so peaceful. My guy isn't a fisherman, so it's been many a year since I've cast a line in the water. We haven't even gone to the swimming hole this year, I think we need to. Have a lovely day!

Great pictures of Skeet! The one of him wanting to go fishing is a hoot!

The photos are impressive. They communicate the beauty and peace of your morning fishing trip. I could see framing the one of hubby and Skeet walking in the tall grasses or using it for the computer screen's back page. Thanks for sharing.
Connie